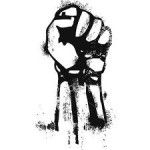 Trond Overland
To understand PROUT involves understanding revolutionary dynamics. Apart from formulating an original concept of revolution, PROUT discusses a number of revolutionary concerns such as the spiritual, historical psychosocial cycles and the structural.

PROUT defines revolution as “the application of tremendous force within a short time to destroy the formidable control of any era and replace it by the next era”(1). Here an “era” denotes a phase of collective psycho-social evolution marked by the dominance of a particular class. The concept of revolution presents radical concepts of counter-revolution, evolution, counter-evolution, and full circle (“peripheric”) evolution wherein the potentials of all classes are exhausted and a fresh cycle of social dynamics commences.

“Originally, no well-knit social system had evolved. So we may call this age the proletarian era. In those days all people survived by their physical labor. Then came the era of the valiant, which we may term the warrior era. This was followed by the age of intellectuals. Finally comes the commercialist or capitalist era. As a result of the rapacity of the capitalist era, when the warriors and intellectuals are relegated to the level of proletariat, proletariat revolution occurs. As the proletariat has neither a strongly built society nor sufficient intelligence, the administration of post capitalist society goes into the hands of those who lead the proletariat revolution. These people are brave and courageous, and so they establish the advent of the second warrior era. After the successive order of proletariat-warrior-intellectual-capitalist eras comes revolution, and then the second cycle of similar successive order begins. Thus the rotation of the social cycle continues.”(3)

A revolution takes place when the old order, under the domination of its thoroughly degenerated dominating class, no longer can provide fresh momentum for the natural progress of people at large. When exploitation in such a corrupted society has reached its zenith, barring any chance of further evolution for humanity, the path of revolution is the only way out for a society that is otherwise doomed to indefinite regress and annihilation.

The potential for successful proletarian revolution against capitalist exploitation lies not with any of the four psycho-social classes (described below) but with disgruntled warriors and intellectuals forced into capitalist slavery. In his seminal discourse on nuclear revolution Sarkar notes:

“As a result of capitalist exploitation, those having warrior or intellectual mentalities are transformed into the disgruntled slaves of the capitalists. They have no alternative but to toil at the behest of the capitalists to fill their bellies. Those warriors and intellectuals who are turned into proletariat under circumstantial pressure carry a simmering discontent in their hearts. This group is known as the “disgruntled proletariat”. These disgruntled proletariat — the exploited intellectuals and warriors — give systematic expression to the frustrations of the masses to end capitalist exploitation. This is the class with revolutionary distinction.”(4) (5)

Linked to the concept of the social cycle and its classes are also PROUT’s concepts of social evolution, counter-evolution, counter-revolution and full circle (peripheric) evolution. Social evolution is acceleration of the speed of the social cycle by the application of force. It means that the force of the rising class is pitted against the failing and falling strength of the decaying class.

PROUT distinguishes between evolution and natural change in that evolution of the movement of the social cycle is accelerated by the application of force by morally and spiritually enlightened well-wishers of society who form an independent, de-classed group of people.(6) Such upright and upfront people will:

Ideologically-wise, the speciality of PROUT’s revolution lies in its concept of nuclear revolution . In his discourse on universal spiritual family(11), Sarkar remarks that the needed change against capitalist exploitation will

“… certainly come through revolution which may be democratic or undemocratic; or it may be a pyramidical, palace or nuclear revolution. Among all the types of revolution, nuclear revolution is the best. The nucleus of creation is Cosmic Consciousness. It is also the goal of revolutionaries, and whatever they do by way of revolution with this goal in mind leads them to the culminating point of their life’s march. Revolution must have an ideological goal. In essence, revolution means controlling all the three nuclei of the universe–physical, psychic and spiritual.”

According to PROUT, earlier concepts of pyramidical and palace revolutions do not qualify as revolutions. Pyramidical revolution is artificially conceived and dictated revolution from above to the unprepared masses below, the result being an autocratic and despotic imposition of dogmatic ideas that can only produce the stopping and standstill of the inherent vitality of the masses. Palace revolution consists of internal reshuffling, castling and upending amongst the top hierarchy with no consequence or benefit to the masses.

Revolution of the individual

A practical example of nuclear revolution is seen in PROUT’s appeal to intellectually astute people to become more of an asset and less of a liability to society by doing their bit towards the establishment of a progressive and more ecologically balanced society by leaving the urban and moving into the rural. Under capitalism the masses are manipulated into unhealthy lifestyles, moulded and influenced by pseudo-cultural ideas of urban life in monstrous commercial centres. Centralized capitalism’s undying thirst for ever-increasing control and widening profit margins is the motivation for this lethal marginalization of quality of life for all living creatures. In order to counteract this trend and re-establish vital balance in human life, PROUT advocates that resourceful people shift their focus and habitat out of the cities and into the rural in order to support the restructuring of life for all people. It is a practical example of nuclear revolution; without an ideological nucleus no society will grow anywhere.

In his discourse on nuclear revolution, Sarkar intonates: “A society may be described as the collection of numerous parallel psychic waves which originate due to the psychic tendency of moving together in unison. The glory of human society lies in the formation of a universal collective structure inspired by exalted ideas.”(12)

The spiritual lies at the root of all of PROUT, its concept of revolution being no exception to this fundamental idea. Progress, according to PROUT, is integrated movement towards the realization of the spiritual at all levels. Cultivation and integration of human cardinal principles in individual and collective life sustains the progressive movement in all spheres – physical, mental and spiritual.

Other material on Revolution: