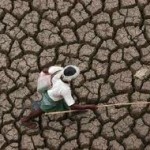 Everything in this universe is subject to change and the relative factors of time, space and person are also subject to change. Everything comes within the periphery of time and space, including human beings and society, so proper adjustment must be maintained between time, space and person. If this adjustment is not maintained, human beings will not be able to maintain their existence.

Change is the law of order, the law of nature. If any theory does not adjust with this law, then it is sure to die. Many theories, many ideologies and many so-called religions of the past have died because they could not adjust to changing circumstances.

For example, in the past, Tantrikas, whether leftists or rightists, were highly respected by society. During the period of Buddhist influence in Bengal, these Tantrikas used to sit on a symbol called Tantra Cakra while doing meditation. Because they were sitting on a Cakra, these Tantrikas were given the title Cakravarty as a title of honor. But time and space have changed, so now the title Cakravarty does not denote honor or pride. People do not feel honor in the title Cakravarty. People do not give any special significance to the title Cakravarty. Will such a phase await PROUT? Time and space are changing and PROUT will also have to adjust with that change. The principles of PROUT will not change; rather the application of PROUT will adjust with the changing circumstances. Human beings will have to move forward by recognizing and adjusting with changes in time and space. Adjustment and flexibility are essentials for human progress.

Let us take some other examples. In ancient time people used to go to the the river Ganges in groups for a holy bath, but now they do not follow this practice. Parents also used to sacrifice their youngest child by dropping it in the Ganges when there was some crisis in the family. By sacrificing the youngest child, they hoped to save the whole family from disaster. Now people do not follow such a practice, and it is even horrible to hear such things. It is a sign of flexibility in society that people do not follow the same old habits. If society continues to follow the same patterns, it becomes static and dies.

In one scripture it is written that to lend money on interest is a sin. If people follow this religious principle strictly, there cannot be any banking system and the whole society will suffer. To run the government properly the leaders of society will have to either violate this principle or knowingly undermine society by following their religious dogma. If they take the latter path we can say they have been goaded by dogma but if they follow their dogma strictly they will be rejected by the modern age. This type of dilemma is confronting almost all the so-called religions in the world today. If Hindus follow the caste system they will also undermine society. In the past Hindu widows used to wear a thick white cotton sari and cut their hair very short, but now widows do not follow such a practice. Today if you try to convince a widow to follow such a practice, you will be insulted. So, everything must adjust with time, space and person. If people do not maintain any adjustment with time, space and per on, then they will inevitably become out-dated.

About 150 years ago Karl Marx observed that there was social disparity and exploitation in society. He believed that social injustice was caused by differences in income, so he thought that if there was no individual income and people lived in the commune system, and the government provided food and clothing to the people, then there would be no injustice. But has the commune system solved the problems of communist countries?

Intelligent people working in the commune system earn the same as ordinary people, and consequently there is no incentive for them to work hard. People naturally question the value of their labour if everybody is paid the same. The applied theory of the commune system has reached a deadlock. In such conditions no one will utilize his or her maximum capacity and the capabilities of a genius will not get any scope for expression. If Raja Bhoj, who was a very wise and intelligent king, had had the same influence in his court as an unintelligent person, his whole kingdom would have collapsed.

This is what is happening in communist countries. The commune system of production has proved to be impractical because it does not encourage individual initiative or provide incentives to talented people. This is the main reason for the failure of the commune system. The USSR has to purchase wheat from Canada, U.S.A. and Australia, which are capitalist countries, although it has sufficient land for cultivation, because it has not been able to properly harness the productive potential of its people. Today the applied theory of the commune system has reached a deadlock. The theory has entered a stage of hysteric convulsion. Communists have now lost all logic and reason – they have become hysterical and are simply shouting, hoping people will follow them out of fear. There must be flexibility of intellect in order to follow the path of logic. If this fundamental flexibility is lacking then shouting will dominate logic.

In every field today—including science, religion, social life, etc. —flexibility has been lost. In science, Dalton’s atomic theory is already out of date. In some fields new theories have taken over, and in other fields change is now taking place. In chemistry for example, if chemists procure and perform tests on the same salts from two different companies, the results will often differ. Somewhere in these experiments there is a chord of difference or contradiction. This is because there is a difference in the number of microvita

in the salts from the two companies. So this microvita theory will adjust science with time and space.

While change is a natural phenomenon, attraction is also a law of nature. There is attraction between each and every object and between each and every person. This is natural. If a man who is lost in the jungle at night suddenly sees torchlight, he will approach the person holding the light without considering whether he is a thief or a murderer. Similarly, the man holding the torchlight will not question the character of the lost person. Rather he will feel it is his duty to guide him to safety. This illustrates the mutual attraction amongst human beings. Other examples can also be given. Some people think that animals do not love their offspring as much as human beings. But this is not correct. Animals love their offspring according to their capacity. Even in human beings it is found that love differs according to time, space, and person. A mother loves her son very much, but the intensity of this love diminishes when the son gets married and the mother sees that her daughter-in-law has taken over some of her son’s affection. To compensate, the mother may give more love to her other children who are not married. The psychology behind this is that where selfishness increases, attraction amongst human beings decreases. We must increase the jurisdiction of this attraction, this love. This love should include all plants, birds, animals etc., because everything has life, everything has feeling.

We should think that others feel as I feel, and this feeling should include plants, animals and inanimate objects. This is neohumanism and neohumanism is essential for the all-round development of the human mind. So for the continued welfare of human beings and all of creation, we must adopt such a theory, which has flexibility and elasticity. When the elastic band in a piece of clothing is no longer flexible, the clothing is discarded. In the same way, if any theory loses its flexibility, it will not be able to adjust with time, space and person and it will also be discarded. Policies will differ according to changes in time, space and person, but principles will remain the same because they are all pervading and because their cognitive faculty is omniscient. In this present age of transition, you are seeing many theories change and being discarded before your very eyes. If any group of people clings to the skeletons of the past, they will also be rejected. Intelligent people will not cling to old, out-dated ideas. Rather they will wholeheartedly embrace that theory which adjusts with time, space and person and will continue to exist forever.

Other material on Fundamental principles: