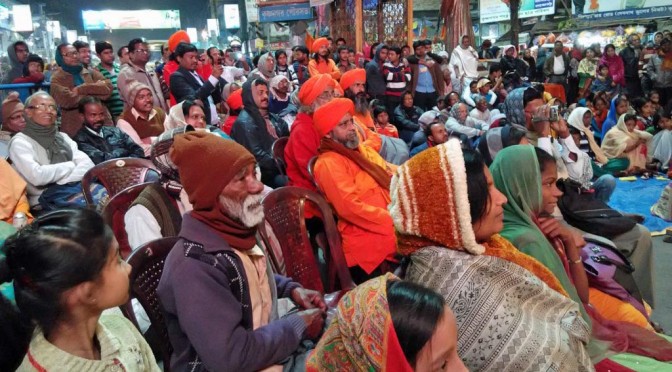 A Prout UTC is a multifaceted educational platform oriented towards the all-round progress of participants. Essential activities include meditation, yoga asanas, ideological training, discussions on current issues, and cultural programs. More than 80 youth from Odisha, Tatanagar, Purulia and several districts of West Bengal were initiated into meditation during this UTC.

An impressive procession on 19 December led to a street theatre performance of Ac. Tanmayananda Avadhuta's Mukta Bhumir Meye ("Daughters of Liberated Land") performed by the Lavanya theater group of Kolkata. The Krishnanagar public is culture loving and was present in thousands, so that the artistic proceedings went beyond the time slot formally allotted by the municipal authorities. On 20 december there was a public symposium well attended by intellectuals of Krishnanagar. 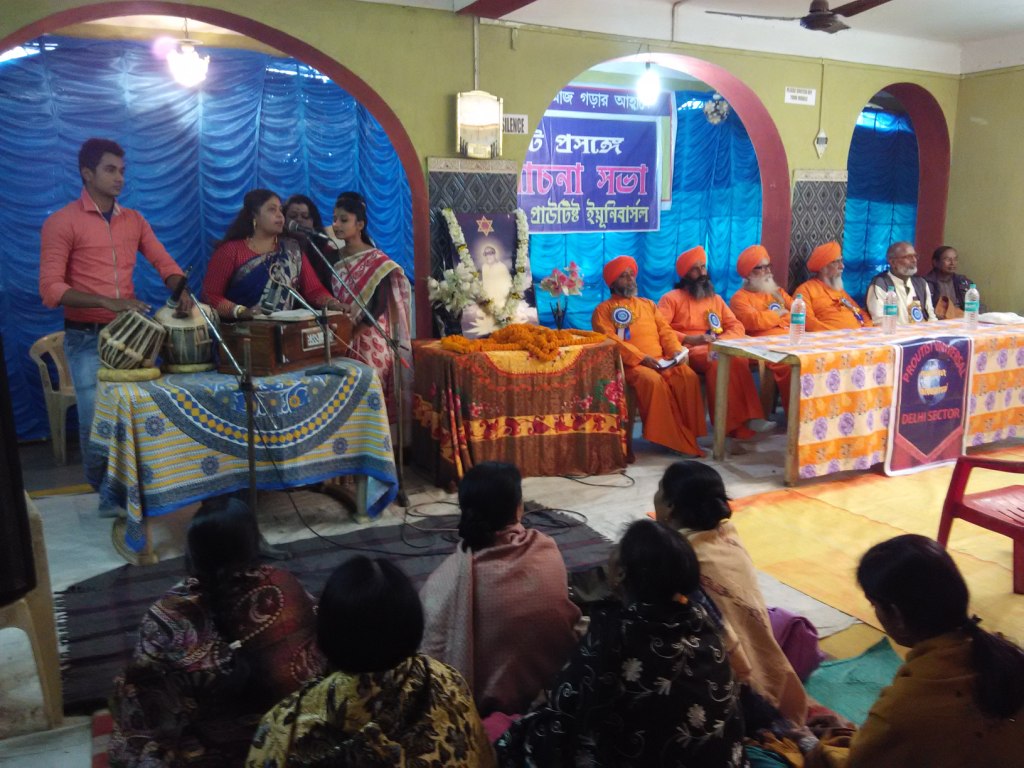 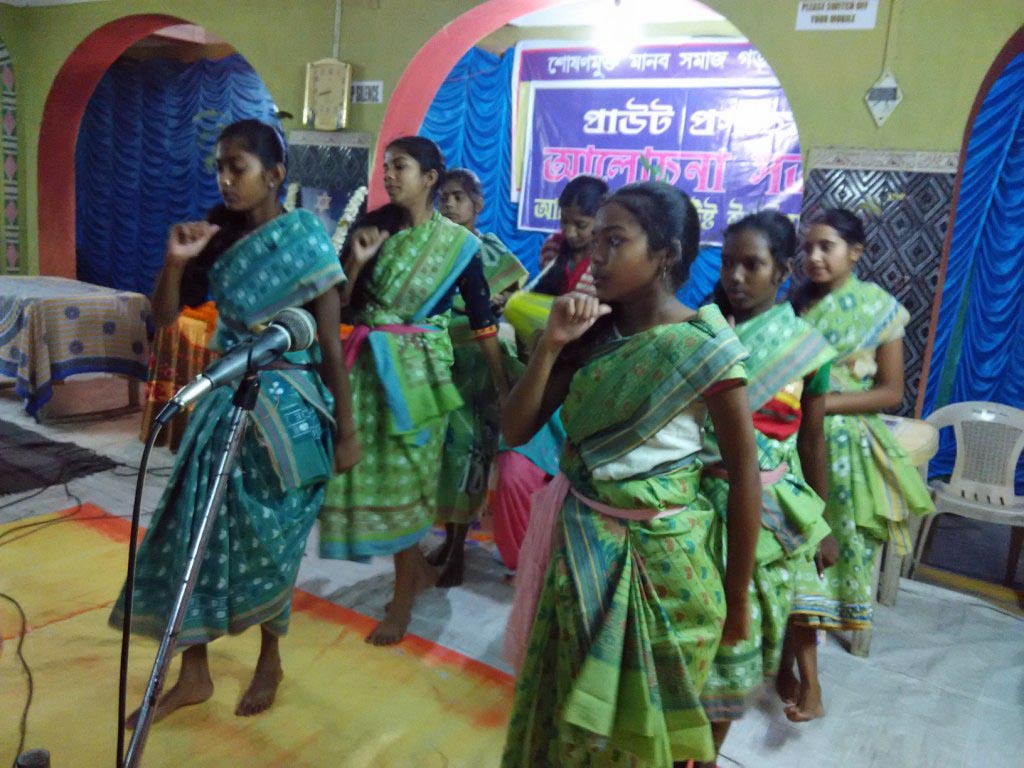 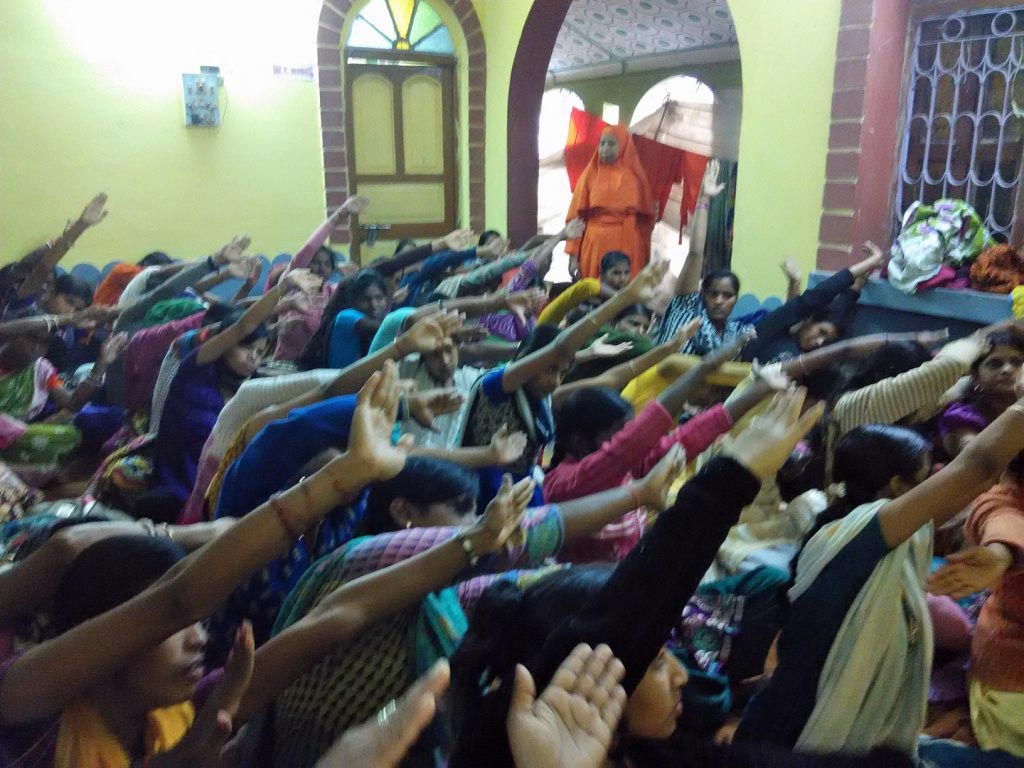 Women being instructed in yoga at the Krishnanagar UTC 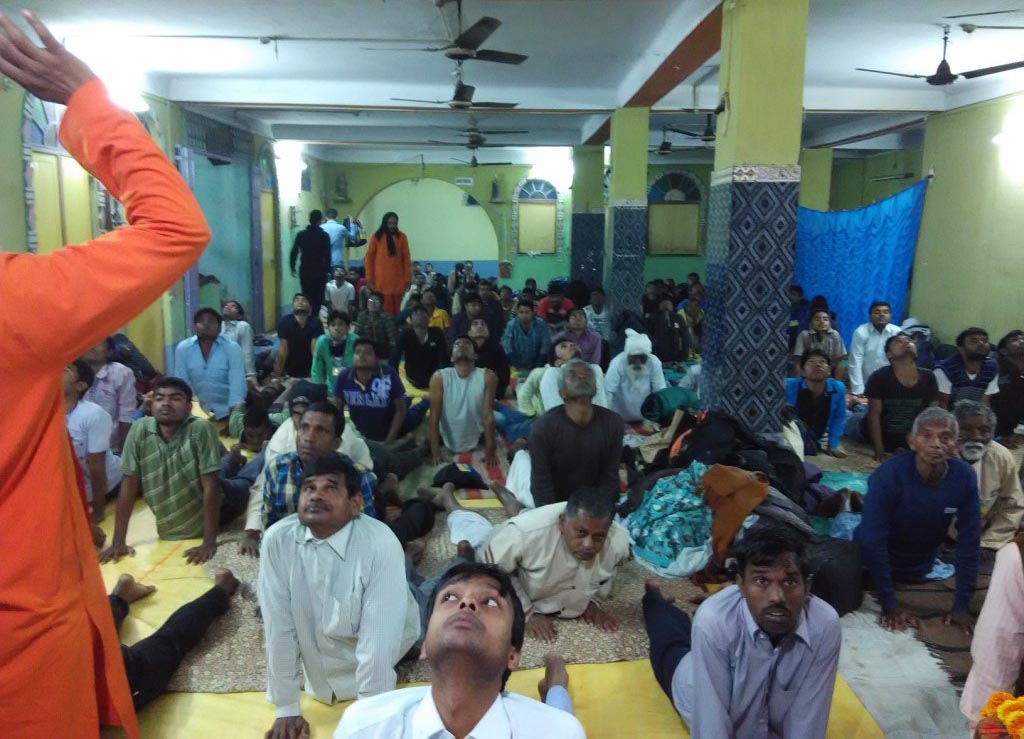 Men being instructed in yoga asanas at the Krishnananda UTC 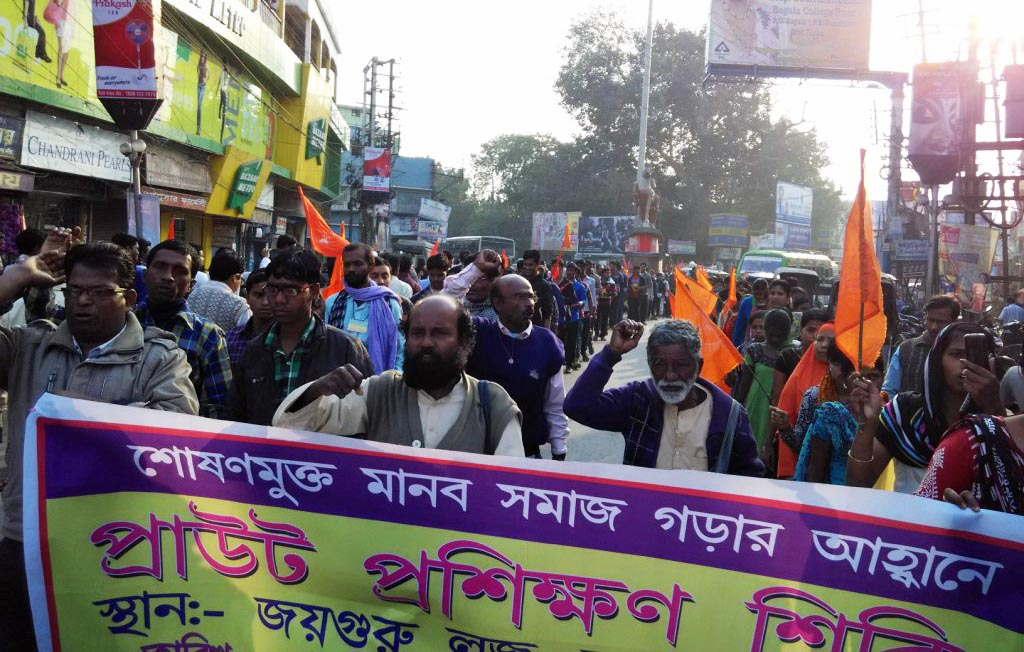 Prout procession moving through Krishnanagar during the UTC 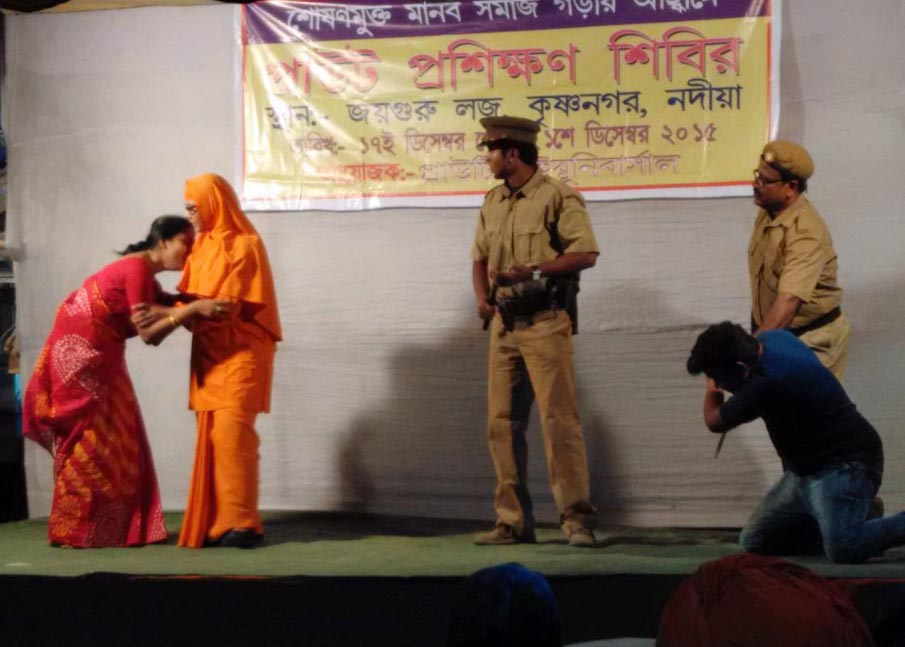 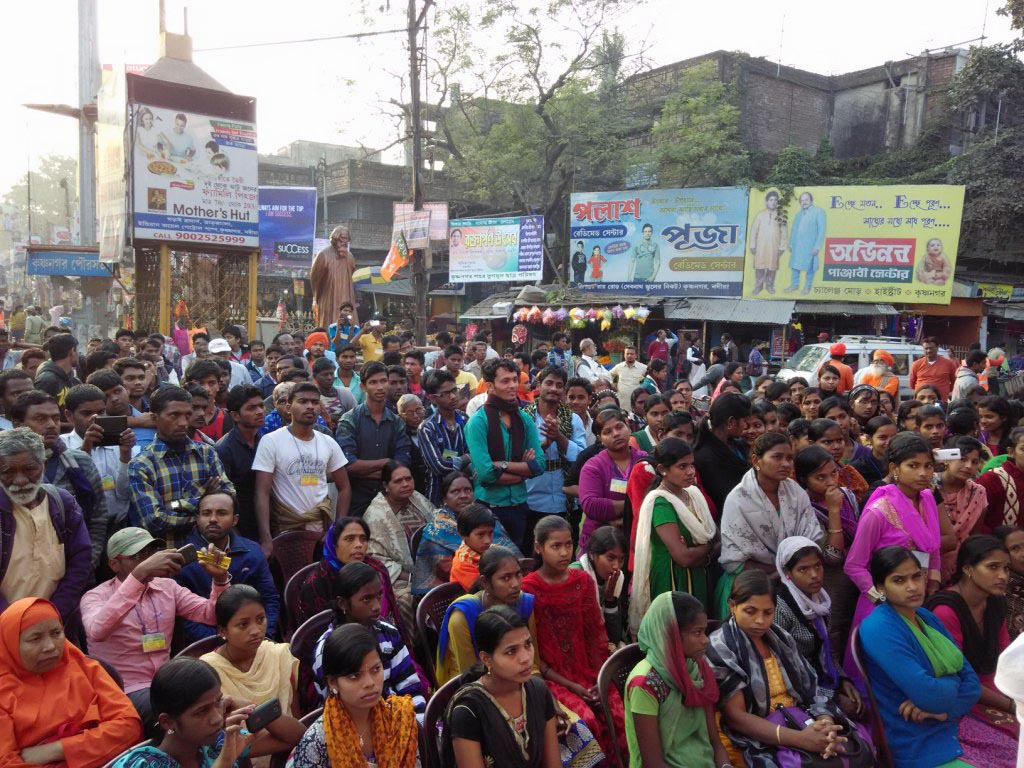 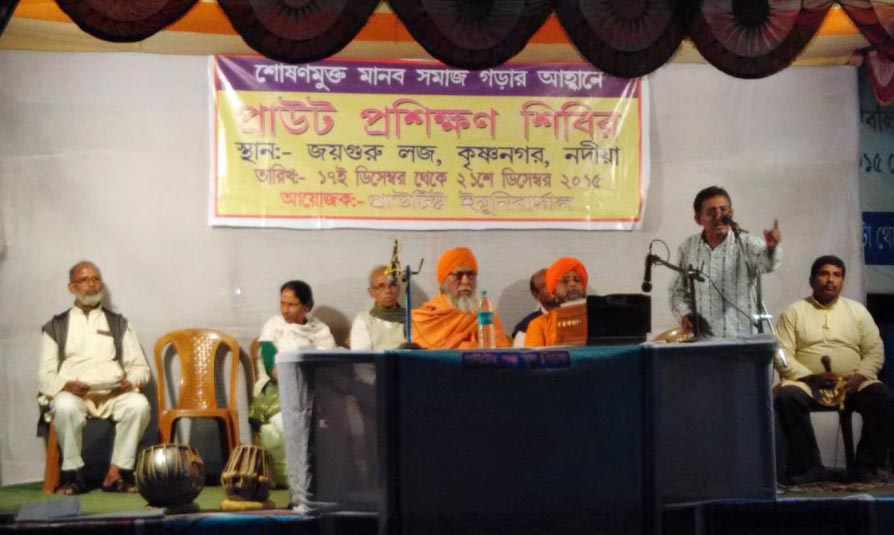 The stage during the public symposium

Other material on Activism, Bengal, Samaj: