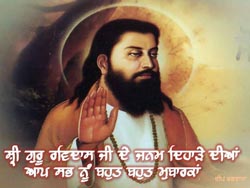 The greatness of Ravidas needs no telling. Just recently a Sikh follower of his was killed in Austria by the Brahminical forces and Dalits revolted across entire North India. Ravidas was born in Kashi, which was under Aryan, casteist occupation. In the city of Shiva, which had become the center of casteism (the antithesis of Shaevism), Ravidas created the first Dalit social revolution, thus reviving sama-samaja. He was even able to win over progressive upper-caste people to his movement. For the first time ever, Dalits marched through the streets with their head held high in upper-caste areas. For the first time, Dalits sang devotional songs that created the first Dalit cultural revolution. It all came about due to Ravidas’ spiritual and ideological revolution.

Unlike Kabir, he did not stop with mere ideological awakening. Instead he led a social revolution that briefly allowed the rose of Shaeva humanism to bloom once more in Kashi. The power of this spiritual and ideological revolution has never been equalled in Dalit history. He created the vision of Begumpara – a place without the sorrow of caste or any other form of exploitation For this very reason, Ravidas is a beacon of inspiration to Dalits and all those who yearn for sama samaja. It is also the reason why, as activists like V.T. Rajshekar have intuited, he was murdered by the Brahmins.