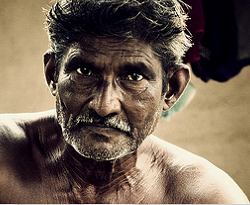 We have seen in a nutshell what the revolution in caste involves. Until we plunge boldly into the 7,000 year old sewer of Indian casteism and combat the crocodiles of the Brahminical forces, these intuitions and aspirations will remain mere dreams in the dungeons of casteist debasement of Indian civilization. The time to act is long past. We need to now step forward to reclaim the glory of the martyrs of the seven millennial-old struggle against casteism. We must step forward in full armour, comprising the mighty missiles of spiritual, moral, cultural, ideological, social, educational, legal, economic and military revolution.

When European communism fell, Shrii Prabhat Ranjan Sarkar warned that if the vacuum created by the tumor of communism was not replaced with a positive force, then something even worse would take its place. Later he revealed that this greater danger was religious fascism. On October 20, 1990, one month after the start of Hindu fundamentalist politician L K Advani’s riot yatra across North India, Shrii Sarkar gave his final public discourse in which he condemned the foolish leaders who were once again encouraging communalism. He warned that this could lead to even further partitions of India.

Today the onslaught of majoritarian religious fascism is the greatest threat facing South Asia. Pakistan is faced with an existential threat in the spread of the foreign-sponsored Pakistani Taliban which is the fruit of the national legacy of religious fascism. In India it is sure that a revolution against casteism cannot take place unless there is a revolution against Hindutva fascist terror. Unless this immediate, existential threat is overcome, all the long, arduous struggles of Ravidas, Iyothee Thass, Phule and Ambedkar will all go in vain. The ultimate aim of the RSS is not just the subjugation and religious genocide of Christians and Muslims. The real goal is the reincarnation of the cannibalistic caste society of the pre-Muslim era. So the fight against Hindu communalism constitutes the beginning of the revolution against caste. This is the Varna Viplava – to bring back the Sama Samaja of Shaevite and adivasi cultures.

In his final discourse, Shrii Sarkar quoted a verse of Rabindranath Tagore and remarked on its relevance to the events of 1990. As we read the words below, we feel them speak to us today with greater urgency than ever before:

“Serpents are exhaling venom everywhere.
The sweet gospels of peace sound like empty mockery.
That is why on the eve of my departure from this world,
I send out a clarion call to those who are preparing
In every house to fight against the demons in human form.”

Back to first page