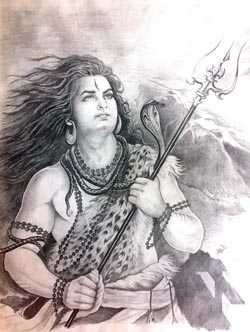 At present the worth of life is ascertained with an eye to money. One who possesses wealth commands respect and passes for a noble person. Nowadays if you have no money you cannot expect to get honour. The poor people belonging to all other classes have to woo the moneyed people just for the sake of earning a livelihood. Human values are taboo here. Human beings are now but a medium of earning money.