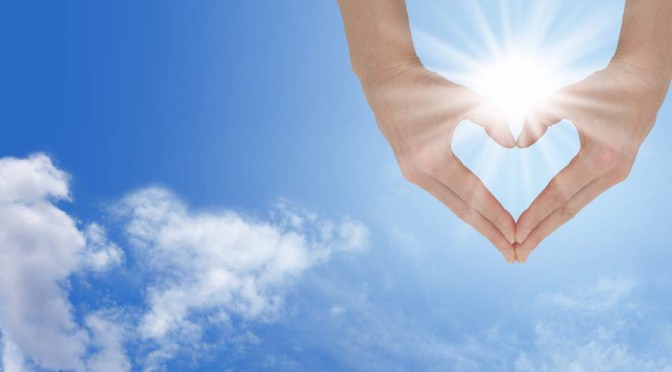 Prout does not view the collective as a goal in itself. It also does not favour vested interests. Instead, Prout is a happy blending between individual input and a diverse reward system within the scope of collective interest.

Prout is a new socio-economic theory that takes into account the spiritual reality of our personal lives and the world we live in. Our essential potential, spirituality, is infinite, and this reality gets reflected in our ongoing psycho-spiritual development. For it to take firm shape in the mundane world, Prout states that our physical development and mundane dynamics should support our inner subtle individual and collective development, rather than favouring one out of hundred in the economic sphere leaving 99% behind in abject poverty and deprivation.

"Why physical restrictions but absolute freedom in psychic and spiritual spheres? The short answer is that physical life is restricted by nature."

As a socio-economic model Prout allows for continued progress of all individually and collectively. At the core of Prout's dynamics is maximum utilization and rational distribution of physical wealth, and unrestricted freedom in life's mental and spiritual spheres.

The propounder of Prout, Shrii Prabhat Rainjan Sarkar, offered in 1959:

“In this socio-economic set-up humanity is at full liberty in the spiritual and mental spheres. This is possible because the spiritual and psychic entities for which people can aspire are themselves unlimited and the extent of possession in this sphere does not hamper the progress of others in their quests. But supply in the physical sphere is limited and hence any effort for disproportionate or unrestricted acquisition of physical objects has every possibility of creating a vast majority of have nots, thus hampering the spiritual, mental and physical growth of the larger majority. So while dealing with the problem of liberty in physical sphere, it must not be allowed to cross a limit where it is instrumental in hampering the development of the complete personality of humanity – and at the same time must not be so drastically curtailed that the spiritual, mental and physical growth of human beings is hampered. 1

"Every individual possesses two invaluable and extraordinary potentialities: psychic and spiritual. The collective body cannot issue dictates concerning these two potentialities – its jurisdiction is limited to physical wealth only. In the physical sphere if individuals do not violate the interests of the collective body, both society and the individual will avoid difficulties and enjoy a state of well-being. For this reason the individual right to go against the interests of the collective has been withdrawn. But in the psychic and spiritual spheres, every individual has complete freedom to advance and progress. 2

Human longings are infinite and never stop expressing themselves. If these longings are not permitted to be expressed in subtler and still subtler ways they will express themselves in cruder and still cruder ways. This is what takes place in cases of suppression, repression and oppression.

For instance, any attempt at suppressing the curiosity and playful energy of young students who express a desire to know more about explosives will not be constructive. Such an approach would, politically speaking open numerous very large cans of worms — morally, ethically, socially, culturally, pedagogically, and others. Sharp questions would be asked, such as:

Instead of limiting those young students, it would be pertinent on part of their teachers to channelize the pupils' youthful energy and expand and enhance their inquisitive consciousness to include broader, deeper and higher values, such as considering the damaging effect of explosives; whether they would have proper control over practical experiments; whether they would be in danger of harming themselves or any other sentient living being or part of the creation; compassion for all; the proper place of explosives in science and productive enterprise; etc.

Beyond this tableu, civilization dictates that there are very many possible things one ought not to present or propagate to anyone. Human imagination and analytical capacity is a double-edged sword and it is better to learn how to use it right early in life. This does not mean that one should bar people from participating in subtler wealth. It means that one should choose one's subjects wisely and first and foremost share what is actually useful and really progressive.

By educating students properly teachers would not be called upon to enforce any principle of limiting access to subtler wealth. Instead they need to make the students realise the grandeur of more expanded subtler wealth.

Take another and perhaps subtler example: All are not fit to be immediately initiated into higher forms of meditation. The reason for it is that a sudden onset or burst of much inner subtle energy may be harmful for the unprepared nervous system, the person's ordinary and relatively limited consciousness, etc. If an eager student first of all wants to learn the most advanced lessons of meditation, and even expresses reluctance to practice basic stuff first, then it would be the duty of the seasoned teacher to check whether this person is really interested in developing him/herself in the true sense of the term, or just want to achieve something less savoury or even something that could harm him/her in the long run. Not only should novices first of all have a rudimentary understanding of the need to live a moral life and the underlying meaning of basic ethics. Their bodies and minds also need to be prepared for the influx of higher energies. In some cases such preparation may be completed within a relatively short time, whereas others may require years of basic meditation and focussing on regular daily practices, lifestyle, simplicity of being, lofty thinking, spiritual outlook, etc., before being imparted more advanced teachings.

Again, such a situation does not pose the question of barring people from higher meditation but of preparing them for it by continuously aiding them in expanding their subtler potentialities and abilities. In a word, this is about synthetical outlook, as opposed to a mostly analytical approach to life's challenges and mysteries.

This synthetical approach derives from and abides by PROUT’s principles of maximum utilization (3rd fundamental principle), proper adjustment (4th principle), as well as “the method of utilization should vary in accordance with changes in … person, and the utilisation should be of a progressive nature” (5th principle). Guiding people properly along the path of all-round development has nothing to do with limiting their access to subtler wealth but preparing them properly and making their entry into it wider and more open by the minute.

Freeing ourselves of limiting factors

By opening up the psychic and spiritual spheres to all, dogmas will lose their foothold in various areas of human society. With their limiting constrictions dogmas bind humanity in numerous systems of disparity, such as casteism and other systems of social stratification, economic classes, racism, etc. These limitations on humanity are squarely analytical by nature. They separate one from another and leave them divided to an ever-increasing degree. Prout is fundamentally opposed to dogmas and by nature eliminates them by way of synthesizing humanity in ever-increasing mental and spiritual freedom.

Prout does not favour individuals or the collective at the cost of the other. It does not see individuals as economic — commercial, financial, etc. — equals. Neither does it view the collective as a goal in itself. Instead, in the physical sphere Prout generates a happy blending between individual and collective interests. It allows for extraordinarily productive and smart individuals to make their way and earn more, while seeing to it that no one lags behind in any sphere.

In order to realize such individual and collective happiness and flow, accumulation of physical wealth needs to be well regulated. There should be ceilings on salaries, bank balances, market shares, etc. Otherwise, the accumulation and riches of certain individuals become the misfortune of many others. This is one of the reasons why Prout favours cooperatives as the ideal mode of human industrial and productive activities.

In the mental and spiritual spheres, Prout goes for a free-for- all. Unrestricted mental and spiritual freedom will empower the cooperative and other sectors of the Prout economy with the subtle force of neo-humanist cooperation and coordination. Because of this tremendous force the outcome and advancement of Prout will far surpass that of one-sided competitive capitalism.

Prout deems that individual and collective movement towards spiritual realization is real progress. Because even psychic resources — although in infinite supply — are relative in scope, just as physical resources are. Only spiritual essence is infinite and absolute in scope, and therefore only spirituality is able to fulfil the infinite thirst and longing of human beings.

Hence, Sarkar announced that the Progressive Utilization Theory is "for the good and happiness of all."

Prout, by establishing a firm neo-humanist leadership that guarantees fair regulation in the physical world and full mental and spiritual freedom, is the only guarantee against such totalitarianism.

"Society will have to encourage the individual search for absolute freedom because the psychic and spiritual realms are unlimited, and possession in these spheres does not hinder the progress of others. But unrestricted freedom to acquire wealth in the physical sphere has every possibility of permitting a few people to roll in luxury while hampering the all-round growth of the majority, because physical resources are limited. Individual liberty in the physical sphere must not be allowed to hamper the development of the complete human personality, and at the same time it must not be so drastically curtailed that the all-round growth of society is impeded." 4
– Shrii Prabhat Rainjan Sarkar, 1979