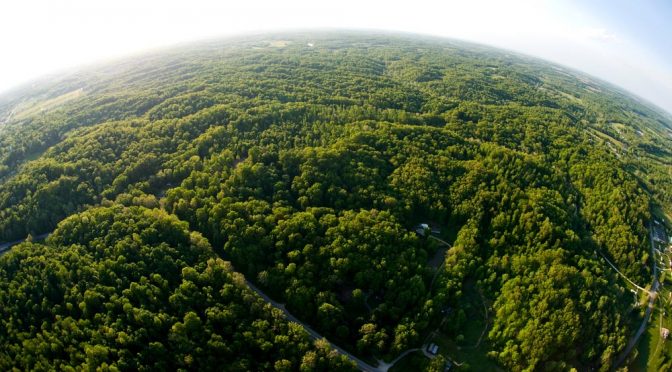 Prout (Progressive Utilization Theory) is a socio-economico-political theory propounded by Shri Prabhat Ranjan Sarkar, also known as Shrii Shrii Anandamurtijii (as Dharma Guru). Dharma Guru entering the area of Socio-economic affairs was something unprecedented, more so because He included this theory as part of His basic Dharmic text, (known as Ananda Sutram) thus making it part of Dharma. By including Prout as part of His Dharmic treatise, Shrii Shrii Anandamurtijii clearly made an emphatic statement: Without Prout, Ananda Marga ideology is incomplete and at the same time Proutists cannot cross the boundaries of Dharma.

These two statements explain the basis of His theory Prout, which advocates solutions to socio-economic issues. The first and foremost solution Prout advocates is a constitutional guarantee to every human being that he or she gets sufficient purchasing power to avail basic necessities of life (food, clothing, shelter, education and medical care). This guarantee will allow one and all to pursue their spiritual goal. Without Dharma or spirituality, human life is worse than that of an animal.

Professor Debnarayan Sarkar (former Professor of Presidency University, Kolkata), an economist of repute, says that by this single provision, Shri P.R. Sarkar has brought a revolution in both physical and psychic spheres. Every human being – both rich and poor- is worried about -what will happen to him or his family tomorrow. This provision in Prout allows every citizen to go to court if he or she is not getting minimum requirements. He need not worry for tomorrow or ever after. This is a great psychological relief! It is difficult to imagine today – what far reaching changes it will bring to human society. Most of the tensions or stress every human being is going through will be effectively nullified by this single provision of Shri P.R. Sarkar.

But it is not the only thing that Prout advocates. It also advocates maximum utilization and rational distribution. The utilization theory as Prout has been named, focuses on maximum utilization of all the resources. The resources provided to humanity by nature are definitely abundant, but they are not infinite. If greed of human being is ignited further as is being done in capitalism today, the resources will dry up sooner than one can imagine and all the comforts and facilities science and technology has offered to human beings will be a thing of the past. Use and throw systems have to be replaced use and reuse system, reuse to the maximum. The callous attitude that grows out of arrogance and show of the wealth is going to result in a catastrophe. So Shri P.R. Sarkar rightly advocates maximum utilization of natural and human resources, so that Prkrti will get sufficient time and space to regenerate the resources for our future generations.

Maximum utilization is associated with rational distribution of the resources. How every individual will get his or her due -first the minimum requirements and then additional emoluments in accordance to the value added services he or she is providing to society and also considering his or her special needs for providing those rare services. All this depends on the economic status of that particular socio-economic zone. But principle will remain the same -provide minimum requirements to all through purchasing power and then provide additional emoluments for their quality services. This is based on a novel principle that is natural to our world. In Ananda Sutram the author says: Vaecitryaḿ prákrtadharmah samánaḿ na bhaviśyati. It means everything that exists is different; it is natural that they are not equal and as such equal distribution is unnatural and unjustified, it is against the needs of the people and against the natural laws. It has to be rational distribution. Requirements of a labour and an artist or that of a doctor cannot be the same. A person living in cold climate and one in warm country – their requirements also differ. Requirements change according to time, space and person and so rational distribution is the only right approach.

No accumulation without permission

The propounder of Prout tried to remove the need for accumulation by an individual. But it is not always possible that Proutist system would respond immediately to emergency needs of a person or a family and so some accumulation of wealth has to be allowed. But it is long time experience that greed of human being may not stop at a particular point and if allowed one will keep on accumulating wealth for his or his family's requirements. This will certainly affect availability of essential requirements of others. So although accumulation is allowed, it cannot be unlimited and so the collective body of Sadvipras will decide how much a person or a family can accumulate without affecting others. This will keep on changing according to availability of the requirements.

Change in Method of Utilization

Further reading: Human Society Is One and Indivisible – 2