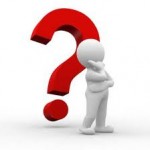 Dada Shambhushivananda
A cursory glance at the history of ethical dilemmas of each age reveal that ‘moral issues’ have been couched and imprisoned within the bounds of a sub-culture, religion or a prevalent belief system of a particular age. What is considered good or bad; right or wrong; appropriate or inappropriate; legal or illegal; legitimate or illegitimate; acceptable or unacceptable; bearable or unbearable; just or unjust; equitable or inequitable; moral or immoral and therefore, welcome or unwelcome, have all been conditioned by changing values of each time, place and the group psychology. The punishment for the deviations or violation of normal norms has often been harassment, a blatant rejection, expulsion, persecution and sometimes, even death. The thresholds of “ethical boundaries” have often been solely interpreted by the power brokers and forces responsible for preserving the status quo. What is treated as wrong and kept in the periphery in one age may be venerated as the core value in another age and brought in the nucleus of social power. Thus, human history is replete with examples of the shifting character of moral norms.

Each creature is endowed with a certain innate characteristic (pranadharma). At the root of it lies its existential challenge. Each living creature is also confronted with certain developmental options and choice of its desideratum. The future of morality in human affairs lies in saving it from its pre-mature death by pulling it away from relative conditioning and ascribing it a cardinal character. If a moral option robs any creature of its existential right or serves to stop its “growth” or detract it away from the Cosmic desideratum, it can be considered that brand of morality as belonging to “moral trash” and may end up being thrown into the dustbin of moral distractions.

In the ultimate, the defining characteristic of morality is that particular discriminating faculty which propels humans to embrace the unison with their Highest Consciousness. Anything that serves to widen our gap between “us” and “our highest nature” is dogma and anything that brings us, individually and collectively, closer to our desideratum is innately moral. Further more, anything that aids our march towards our common desideratum may be included as a part of our tool-kit of morality.

Morality can never be considered as an absolute virtue. It is that relative truth which allows us to live in harmony with the rest of creation while enabling and goading us to unite with our highest nature; self actualization, merger with Cosmic Consciousness.

Some of the conflicts in the world today are about fight for economic justice, fight against dogmas, fight against pseudo-culture and fight for culturing sustainable life styles. Ugly wars, environmental crisis, poverty amidst plenty, denial of freedoms, self-centred politics, religious dogmas, misuse of arts, science and technology are all raising moral and ethical dilemmas. While there is never an easy answer to moral dilemmas, it is important to remember that moral justification of our actions should be judged from a universal perspective and not by a mere convenience of a group interest. A neohumanist perspective would treat every creature with the same compassion as is reserved for those sitting on the seat of justice. Our highest consciousness alone is the ultimate judge of our moral and immoral actions. If our stances and actions bring us, individually and collectively, closer to our Cosmic desideratum, it can be adjudged as moral, otherwise they may have to be declared as falling short of neohumanist morality.