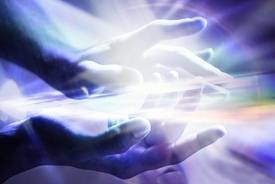 (2 February 1985, Kolkata) – You know, all expressions in this universe are divided into three strata – physical, psychic and spiritual – and not a single stratum among them is unimportant or negligible. For the integrated development of this world, we want all three of these strata to be properly developed, and their speed to be accelerated. Not a single stratum is unimportant – neither the physical stratum, nor the psychic stratum, nor the spiritual stratum.

“If we are interested today in the welfare of this
beautiful universe, we should try more and more
to accelerate the speed of spiritual progress.”

This has been our failing: that we neglected the spiritual faculties of human life, we neglected the cardinal spiritual points of life. If we are interested today in the welfare of this beautiful universe, we should try more and more to accelerate the speed of spiritual progress. If the acceleration of spiritual progress becomes tremendous, then not only in the human world, but also in the physical, psychic and spiritual spheres of the entire world – and not only of the entire animate world, but of both the animate and inanimate worlds – there will be tremendous progress. And this is what we want. Now we are anxiously waiting for that crimson dawn on the eastern horizon.