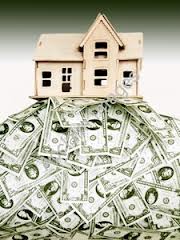 Land value taxes or geo-taxes, based on the ideas of Henry George, have a valuable role when properly applied within a capitalist economy, or in any economic setting in which a small proportion of the population controls most of the land and its resources.

A Proutist economy, however, is very different from a capitalist economy, and policies that make perfect sense within capitalism can produce poor and even unintended consequences when applied within PROUT. Fundamental to a land value tax are two, usually unstated, assumptions: land and resource holders are profit maximizers, and profit maximization is desirable.

These are so deeply ingrained in neoclassical economic theory that most economists would describe any other behavior as either irrational or untenable. Land value taxes are calculated as a proportion of the profits (often termed surplus or rent) that can be earned on any given piece of property under the assumption that the owner uses the land in its most profitable form of production while acting as a profit maximizer. Thus, any land owner who does anything other than this will face difficulty paying the taxes and will have an incentive to sell the land.

PROUT, however, rejects profit maximization in favor of output or consumption maximization. In fact, according to P.R. Sarkar, PROUT’s system of cooperative production for the purpose of consumption minimizes profit.[1]

Under PROUT, production will lead to greater output and lower prices than under capitalism because optimal cooperative output would occur where price equals marginal cost, so long as it is sufficient to cover production costs. Otherwise, price would be set at or just above average cost. In either case, output is greater and prices are lower than if profits are maximized.[2]

If land value taxes are imposed, cooperatives will be required to reduce output and increase price in order to earn sufficient income to pay their taxes. In other words, they would be forced by the tax to become profit maximizers. The increase in price and reduction in output also means increased deadweight loss.[3]

Land value taxes attempt to capture surplus value that exists in capitalist economies due to profit maximization. However, under PROUT, rather than maximizing profit, cooperatives use this surplus to produce additional goods and services provided at lower prices. Hence the imposition of such a tax in a Proutist economy would have the unintended and undesirable consequence of raising the prices and reducing the output of goods and services produced by cooperatives, undoing one of the crucial and best features of PROUT cooperative production.

1 “In PROUT production is for consumption – our industrial system will be based on consumption. Profit will be minimized so capitalists will not get the scope to exploit the workers.”, P.R. Sarkar, “Questions and Answers on Economics – Section C”, Proutist Economics.
2 Profit maximization means setting marginal revenue equal to marginal cost. Marginal cost is the cost of producing one more unit of output, marginal revenue is the added revenue from selling one more unit (assuming all units sell at the same price). Average cost is just total cost divided by output. At the output level where marginal revenue equals
marginal cost price is greater than marginal cost. This means that the cost of producing more output is less than the value consumers place on added output. This difference is deadweight loss or waste that PROUT seeks to eliminate (see note 3).
3 Deadweight loss is a measure of economic waste. It generally arises when the benefit and cost of producing one more unit of a good differ. See any microeconomics textbook, such as Thomas Nechyba, Microeconomics: An Intuitive Approach (Boston: South-Western College Publishing, 2010) for more on deadweight loss, profit, taxation etc.