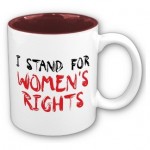 P.R. Sarkar
(April 1981, Calcutta) – We, men and women, are the progeny of the same Supreme Consciousness. Women and men are equally divine and inherit similar and equal rights to life, liberty and expression. The significance of life does not lie only in living. Animals also live. But life to us means something more—rather something much more.

To us life means living for a great cause. Life implies the endeavour to have the freedom to express one’s potentialities in the physical, economic, psychic and spiritual realms. It means real liberty and not license to commit anything good or bad.

In the annals of human history we do find women whose memory glorifies not only womanhood, but the entire human world. In philosophy and spirituality, social reform and educational pursuits, science and technology, they stand second to none. Women are found discussing the riddles of philosophy, solving problems of social and educational reform, and are inspiring men in times of struggle. They have their potentiality no less than men. The difference in natural and biological characteristics between men and women speaks only of coordinated co-operation not of subordinated co-operation.

Yet the annals of history depict the sad and painful episodes of women’s exploitation throughout the world. To fulfill this sinister design, dogmas were created which led to psycho-economic exploitation. Dogmas were cunningly popularized and women were degenerated to slavery. Psychic exploitation has been infused into the minds of women and many symbols, which are religiously observed, are nothing but symbols of slavery. In many religions of the world today women are not allowed to become priests in the religious hierarchy.

Women’s exploitation is more or less the same everywhere. Is it not a fact that in many countries even franchise rights were not given equally to men and women?

Even today women are slaves to the male-dominated social order. This is not only bad but deplorable. We should decry such domination of women and their psycho-economic exploitation through the evil design of dogmas. To abolish dogma and liberate women from psychic exploitation, there should be:

We stand to create a powerful, dynamic and upsurging social consciousness, especially amongst women, so that they are inspired to rise, abolish dogma and annihilate all symbols of slavery, and usher in a new era of coordinated co-operation and glorious achievement. Let women be the vanguard of a new revolution which humanity must achieve for a glorious tomorrow.