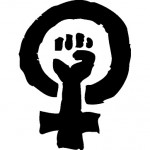 Ac. Krtashivananda Avt.
The freedom of women from unjust social laws of religious institutions, capitalist manipulation and a patriarchal social order is a fundamental factor in the humanisation of the society. The domination of women by men started about three to four thousand years ago during the ascendancy of the priest era. In the capitalist era it reached its culminating point.

According to followers of Marx, it happened when the surplus in agriculture permitted the hiring and exploitation of labour. They believe that this domination of the male over the female was based on men’s economic power and the military machine they built. Marx followers, however, have failed to notice the socio-psychological phenomena of this domination. In reality it was the religious institutions that initiated the subjugation and subordination of women.

Patriarchal character can be exemplified by the declaration in the Jewish, Catholic and Islamic religions the supremacy “of a father God in heaven, king or priest in society and father in the family.” According to their scriptures, women cannot be ordained as priests. Furthermore, in Islamic religion, multiple marriage by a male is accepted as a bon-fide right even today in many countries. In India in the eighth century, Shank’aracharya and his Brahmin followers subsequently sealed the fate of women. Only in the 20th century have those oppressive systems and laws been to some extent abolished. The psychological attitude of that era has yet to completely disappear.

In Western society, feminism was born in the background of the Renaissance. When in society oppressed feeling tries to express itself to release its suffering, it finds it vitality with an uncontrolled momentum. A revolution in the inner sphere of society takes place. Naturally it has its childhood, adolescence and maturity. In the early phase it started with the symbolic protest to break the institutions, to deny everything that was imposed by man, and in their fantasy women created a world of their own – isolated and without direction. They emphasised a ‘masculine model of feminine.’ In this form, feminism was more criticized than it was welcomed. Today’s feminists brand that phase as ‘early feminism.’ In the next phase was an effort to design a complementary feminine form. The idea was that if women could fulfill the complementary role of man, then she would regain her lost dignity. But this concept was also ultimately discarded. Then came the third form, termed as ‘true feminism.’ It means our feminine world is different because our aspirations, emotions and feelings are different. They realised that feminine virtues can be developed and come to dominate, or as yet unknown virtues can emerge. But it was realized that the genuinely feminine is either unknowable or as yet unknown, and to be brought into existence.

Eco-feminists demarcated the world into two spheres – the rational or masculine sphere and the sphere of nature or femininity. They realised that not only are women subjugated by men but the masculine sphere has a dominant role over the feminine sphere. That is why the struggle for liberation should be directed towards the domination of the entire feminine sphere – environment, the underprivileged classes and weaker sections of the society. In other words, women must challenge the institutions of power that dominate them.

Eco-feminists reject the masculine model, especially in relation to nature, and argue more directly that this masculinising attitude leads women to join men in belonging to a privileged class, in turn defined by excluding the underprivileged class, silent nature. That is, the strategy to include women into a new dominating class, without caring about the structure or the attitude of domination.

Earlier feminists used to react to the label of being ‘close to nature.’ The eco-feminists not only accepted it proudly but went further and declared that not only are we ‘close to nature’ – we are nature. They declared that the primary of female (i.e., feminine character traits, not necessarily biological femaleness) would be acknowledged as primary, the source of all life force. But they could not define the concept and tried to define it as Genuinely Feminine. Val Plumwood, in her book Women, Humanity and Nature , said:

“The project of the discovery and emergence of the genuinely feminine is conceptualized not as something whose character has been formed by the exclusion of the masculine sphere, but as an independent force, silenced and unable to reach expression under patriarchy, but ready to and able to emerge once the barriers of phallocentric society to its expression are removed. Women’s bodily experience is taken as the starting point in the attempt to give expression to the silenced and unknown feminine.”

To define it more they adopted the idea of Reverse Dualism and gradually emerged the ideas of rationality-emotionality, or associated dualism. In simple words it was stated that “what is needed is an account of the human ideal for both sexes which accepts the undesirability of the domination of nature associated with masculinity.”

They termed it as ‘Androgyny.’ This is a being in which both the male and female characteristics exist. But so far no clear concept was provided on how to reach this state.

It is not enough to challenge nature/culture dualism, and the dominant masculine model of human culture. As log as self is separated from the natural world, as in liberalism, and as long as the dialectical contradiction remains, any model, however lofty, is difficult to realise. Ultimately, we have to find the answer in spirituality. We have to realise that differences remain in the physical and psychic spheres but not in the sphere of the soul. The deepest of human feelings must find its inspiration from the soul and not from biological urges or from the intellectual or emotional domain. Human beings have yet to search for their inner light. As Virginia Woolf once wrote: “Life is not a series of gig lamps symmetrically arranged, but a luminous halo.”

As mentioned earlier, women’s struggle for liberation found momentum during the Renaissance in the West. Three trends influenced it. First was the idea of liberalism, which took the form of individualism. The second trend was the Freudian school of thought which revolted against Victorian morality and embraced the idea of sexual revolution. Finally in the sixties, the youth revolted against all forms of authority, i.e., religious injunctions, the state, teachers and guardians. This destabilised the harmonious relationship in many families and ultimately created social antagonism. However, with the emergence of eco-feminism, this transformed into a more positive direction.

Now let us look towards the Eastern world. In India women’s exploitation was wrapped up in religious injunction. Patriarchal society, taking advantage of the emotional weakness of women , derived many unjust laws and slogans to rob women of all their freedoms in the economic, social and religious spheres. It was the great Bengali writer Rammohan Roy in the 19th century and after him many other writers and social reformers, including Ravindranath Tagore through the Brahma Samaj movement, who exposed the exploitative nature of Hindu priesthood. After gaining freedom from the British, widespread education brought serious change int he values and psyche all over India. Ultimately women struggled to restore their rights to education as well as in the economic and social spheres.

For centuries patriarchal society had imprisoned women inside four walls. Today they are coming out and breaking those walls gradually without much fanfare and without a movement similar to trade unions. That is why they did not create any antagonistic class like that of early feminism in the West. The priest class simply lost their domination with the awakening of social consciousness in women.

The Shariah law did not do justice to Muslim women. Talibanisation was its extreme form. Many moderate Muslims claim that this extreme fundamentalist oppression is a distortion of the real essence of Islamic religion. Whatever is written in the Koran, Shariah and Hadith becomes merely a theoretical proposition if in practice women are pushed into a corner and forced to obey the dictum of all powerful mullahs. Except for some isolated efforts by Kamal Pasha in Turkey, Nasser in Egypt, Sukarno in Indonesia and Ayub Khan in Pakistan, no serious effort was made to reform Islamic religion by synthesising it with science, technology, art, literature and socio-economic ideas that have evolved over the last 400 years. Edward Giban’s Decline and Fall of the Roman Empire strongly exposed the blind prejudices of Islamic society.

Toda women in many Islamic countries are revolting against the unjust laws and forcing their governments to make changes to Shariah law. In Islamic society the struggle for women’s liberation has been a long and painful chapter. The Moroccan social scientists Fatima Marnisi narrated this struggle in her books: The Veil and the Male Elite, A Feminist Interpretation of Women’s Rights in Islam, and Islam and Democracy and Beyond the Veil. After World War II women began sneaking into the universities of Middle Eastern countries. According to Marnisi, “Only the university and education provided a legitimate way out of mediocrity.” In Tunisia and Egypt, a large number of women struggled to enter the university. In Egypt the rise of fundamentalism and the feminist movement happened simultaneously. How did feminism become so strong in that oppressive environment? Those great women declared:

“Opposition taught us to practise the politics of the ‘tireless pen.’ … that is, the more the police ban, the more must be written.” That means, if one of their writings was banned, seven more should be written within 24 hours. Even facing mass imprisonment and torture, the women declared, “The mosque and the Koran belong to women as much as to heavenly bodies. We have a right to all that, to all its riches for constructing our modern identity.”

It is true that those struggles are within the framework of religious identity, but it still is a remarkable step and is paving the way for newer and greater struggles for emancipation. The unjust, tyrannical power structure built up by these orthodox, oppressive and chauvinistic priests has begun to crumble.

In the 20th century, humanistic ideals appeared to counter many dogmas. Today it must be accepted that humanistic essence in its limited form is not the last word in social awakening. The next phase is Neo-Humanism. Neo-Humanism is the collective assimilation of all the natural expressions of the human species and the entire world of flora and fauna. We have explored the intellectual field in its entire dimension, and now we must search our soul to find the unity in diversity.

One part of man is extroverted, which finds its expression in conquest and domination, but there i another characteristic of man wherein he wants to discover, to explore, to act as the nucleus of existence and to hold the structure. Women are fundamentally introverted, and with their spontaneous treasure of love and affection they want to create, to grow and to hold. Due to these traits, women built their small homes with their natural flare of love and affection. Now breaking the four walls, they have come out to the larger world and in this century they will take the lead in rebuilding the world in this same spirit. In the 21st century, the emergence of Neo-Humanism will herald a new era of unity, while recognizing the diversity and unique characteristics of each gender. As the great Ravindranath Tagore said:

My true identity
Cannot be measured by flesh only…
I have been created by the splendour
Of immortal wealth
To reach a glorious end.

One thought on “Women’s Liberation Struggle”