A quest for spiritual and social freedom 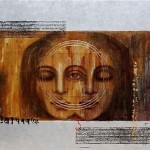 Cetaná
Cosmic consciousness is bodiless, beyond sex or gender; however, spiritual aspirants, living in our everyday world, are not. Most humans cannot conceptualize a genderless entity. Consider the terminology, ‘in Him,’ or ‘God the Father’. In certain Buddhist and Hindu traditions, the female form is considered inferior to the male body, rendering women incapable of achieving liberation until they reincarnate as males. Sexist dogmas serve the male-dominated religious institutions just as they serve to exclude women and to prevent them from realizing their full potential in the secular sphere.

Yet, women are told that feminism has no place in theology. Some female aspirants consider feminism a socially hostile and aggressive movement, against the spiritual goal of inner calm. However, a feminist attitude need not be strident or accusatory, or confine us in the cycle of action and reaction. We must simply be adamant and wise in the effort to reclaim women’s place in the history of spiritual practice. As in the secular sphere, where women could not publish in their own name, and their accomplishments were not documented, in the spiritual sphere, women have been seen as the object of desire to be overcome, rather than as partners on the path to self-realization.

Buddhist nun, Tenzin Palmo’s biography, Cave in the Snow: A Western Woman’s Quest for Enlightenment by Vicki Mackenzie, attests to the scriptural interpretations and adulterations used to justify barring Buddhist nuns from receiving esoteric teachings. While experiencing these humiliations, the British born Palmo, only the second Western woman to be ordained as a Tibetan Buddhist nun, sought to understand her roots in Buddhist teachings. She discovered that Buddha had taught aspirants to visualize the body’s internal matter—blood, guts, pus and waste—to free themselves from attachments and attractions to human form. By the 1st century AD, Buddhist writings focused on visualizing only the female body in this grotesque manner.

This misogynist interpretation, according to Palmo, probably came from the polarization of men and women by monks who viewed women as the source of temptation, therefore the enemy. The Buddha never claimed that women were dirty, or could not achieve enlightenment. The result of blaming women for one’s own desires was that women were essentially denied access to Tantric practices that could lead them to enlightenment. Even worse, their sense of self-worth was assaulted: “I once visited a nunnery where the nuns had just come back from hearing a high lama teach. He had told them women were impure and had an inferior body. They were so depressed. Their self-image was so low. How can you build a genuine spiritual practice when you’re being told from all sides that you’re worthless?” The devaluing of women’s contribution to spiritual life and community is not unique to Buddhist culture, but common to all patriarchal societies.

This same type of discrimination appeared in Vedic culture around the same period, the 1st century AD. Despite women having been among the authors of the Vedas, they were prohibited from repeating Vedic mantras like the chant aum. “Nor were women, however educated, allowed to hear such sacred chants; and it was taught that however spiritually advanced a woman might be, she would have to be reborn as a man to attain liberation. This sort of propaganda was spread for a long time by opportunistic people,” writes Anandamurti, the Ananda Marga Guru.

Today, in the West, misinterpretations persist. Difference is evaluated in a better/worse dichotomy, which is detrimental to yogic teachings regarding, for example, women’s less developed parathyroid gland (Singh 1998:146). But if women’s glandular make-up is different from males, there must be specialized yogic practices for the yogini. Especially in the West, where many yogic students are women, differences should be treated in a constructive, practical manner.

Thus we see a dearth of role models for a specialized women’s spiritual practice. Yoga is an experiential science. Knowledge of this system has been passed down from the ancient rishis who observed the effects of different foods, postures and meditation techniques on their own body and mind. It stands to reason that female practitioners should refer to the discoveries of highly evolved yoginis for insights into their practices, and for guidance. But where are such yoginis? Here again, the secular status of women has profound effects on our spiritual lives. In many societies, women have not been free to wander the country, devoting themselves to higher pursuits, having been virtually sold off in marriage. Even for those few yoginis who escaped this bondage, or whose spouses supported their spiritual goal, word of their lives is not easily available, as are Yogananda’s Autobiography of a Yogi, or Swami Rama’s Living With the Himalayan Masters . So, the need for excavation of texts about or by yoginis is again apparent.

Not surprisingly, pagan rituals have grown in popularity since the 1960’s, as they celebrate the mysterious nature of the female form and sexuality. Women are again elevated to the level of matriarchs, the menstrual cycle reflecting a link with the rhythms of nature and the universe, a symbiosis with lunar flux, and women’s position as life givers. Fertility rituals celebrate women as the expression of the life force, and therefore see women as intensely mystical and spiritual beings. This must have been quite a revelation for women of an earlier era, still reeling from the impact of Freudian theory, which viewed them as hysterical males, the uterus being the source of psychosis. It is no surprise that many women have gravitated towards all kinds of pagan rituals to affirm their sex, and as a quick fix escape from sexist religious doctrines and male-dominated organizations. Nevertheless, for the adamant yogini, the question still remains—where to get teachings and find a spiritual role model.

Tenzin Palmo’s biography reveals her own personal excavation of female aspirants, and her efforts to transform the male face of Tibetan Buddhism. She has plans to build a nunnery dedicated to “female spiritual excellence. A place that would not just educate women in religious dogma, but turn them into yoginis, women who had actualized the truth within”. Her nunnery will resurrect the unique practices devised by Rechungpa, a disciple of Milarepa, and carried on by the Togdenma yoginis to help women achieve Buddhahood. These efforts, as well as her outspoken determination to achieve enlightenment in a female form have an incalculable benefit in inspiring other women on the spiritual path.

And many women are likely to join in her efforts, for once one has begun to ask the unutterable, more questions come. Is it socially or spiritually determined that incarnations of God are always male? Perhaps societies have not been ready to accept the word of God in a female voice. But wouldn’t it have helped our cause so much, and given so much leverage and inspiration, and mental freedom from self-hatred if she had? Is woman really destined to be the Biblical ‘help mate’ of man? Can she not be a historical and spiritual personality in her own right? Can we infer, as so many fundamentalist Christians have, that women’s subservience is sanctioned by God? In our yogic effort to burn the ego, and merge with the supreme, where is the middle ground between a domineering and an ineffectively self-effacing attitude?

When a female aspirant accepts a male guru, she can only benefit from his guidance if that guru addresses women’s concerns openly and directly, denouncing falsehoods about women’s inferiority and inequities in spiritual life. Anandamurti confirms women’s equal ability to achieve liberation, which ultimately does not depend on his physical structure. “As there is no sex difference in (souls), it is not justified to discriminate between the potentialities of men and women in spiritual practices. Yet certain aspects of spiritual practice pertain to body and mind, so consideration has to be given to the glandular differences between men and women, and their possible effects on the mind.” As a true spiritual leader, he addresses the societal erosion of women’s self-esteem by prescribing, among other things, Kaoshiki, a yogic dance to promote women’s health, stamina and confidence, as well as taking an uncompromising stand against attitudes and practices that degrade women. In this way, a true guru, female or male, effectively leads aspirants along the path to a point beyond awareness of gender identity.

Cetaná has lived in Europe, Asia and North America, and considers herself a student of social and spiritual culture, with a particular interest in women’s issues.

This article originally appeared in New Renaissance, Volume 9, No. 2. www.ru.org