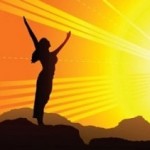 Ac. Krtashivananda Avt.
For any society to progress and express its vitality, proper coordination between its members is essential. Sarkar emphasized that, “… this cooperation should be in a warm cordial atmosphere of free human beings, and not on a master and servant relationship. It should be a coordinated one, not a subordinated one.”

The freedom of women from patriarchy is a factor fundamental to the humanization of society. The domination of women by men started two to three thousand years ago, during the ascendancy of authoritative religious institutions. In capitalist society, commodity-oriented social psychology has influenced men’s attitudes towards women. Capitalists have encouraged various values and institutions by which women can be used. Pornography and associated publications, sex shops, videos, films and modelling for advertising are all media, which exploit women in order to exploit men.

Sarkar explains that the struggle for women’s freedom is not similar to that of the trade union movement. According to him, men and women are not two antagonistic classes. As such, “if any agitation is called for at all, the initiative must come from men themselves.” Sarkar wanted men to realize the fallacy of the patriarchal order and re-delegate the rights of women. An if any system maintained exploitation, men must take the initiative in the struggle against it.

In this regard, Sarkar emphasized the endeavour to create social and spiritual consciousness among women and to empower their economic independence. He set up a blueprint for a global organizational structure for women as a means to accelerate such endeavours without depending on the present power structure.