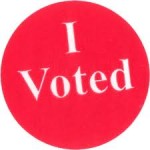 P.R. Sarkar
It is claimed that democracy is government of the people, by the people and for the people. After the early primitive (shu’dra) era power passed into the hands of tribal chiefs. In the course of time clan leaders became feudal kings. The theory of democracy was born out of feelings of revolt against the tyranny of the monarchy exercised by these feudal kings.

The history of democracy is very ancient. History teaches us that it originated during the reign of the Licchavii Dynasty in ancient India. Being so ancient, it is not surprising that democracy has some defects.

Let us now analyse the assertion, “Democracy is government by the people”. In a democracy, do people have the requisite education and consciousness to judge what is right or what is wrong, what they should do or what they should not do? Does the power of understanding and judgement come as soon as one attains a prescribed age? Is age the yardstick of wisdom and education? Alas, this happens to be the accepted fact! If those who talk big about the democratic system read the history of the Licchavii Royal Dynasty they would learn that in those days not everyone had voting rights. Only the Licchavii leaders, not the people in general, could exercise and enjoy adult franchise. Democracy can only be effective and fruitful where there is no kind of exploitation. Every person has certain minimum requirements in life which must be guaranteed. There may be a little adjustment in these minimum requirements as per differences in time, space and person. The people of Kashmir may need a great quantity of warm clothing. Therefore, they should be provided with more woollen clothes than the people of Bihar. The minimum requirements vary with the change of era and time. In ancient times, people were satisfied with a dhoti, a shirt and a pair of wooden sandals. Not only that, they did not even feel the need for shoes. But today a suit is an absolute necessity. In olden days people would travel long distances on foot, but today a cycle or motor car has become essential. Minimum necessities must be provided to every individual. There is no limit to these minimum requirements. Every progressive society should bear in mind that the minimum requirements will go on increasing day by day. In the not too distant future a day will come when every individual will acquire a rocket. Then, for example, it will be very common for one’s father’s house to be on this planet and one’s father-in-law’s house to be on Venus.

The social system that will come into being, keeping parallelism and harmony with time, space and person, will be called progressive socialism. Our PROUT is that very progressive socialism. Society will have to make provisions to ensure an increase in the living standard of every individual. When progressive socialism is established within the framework of democracy, then democracy will be successful. Otherwise, government of the people, by the people and for the people will only mean government of fools, by fools and for fools. Mass education is one of the basic necessities for the successful and effective running of democracy. In some cases even educated people unjustly abuse their voting rights. People cast their votes at the insistence and inducement of misguided local leaders. To approach a polling booth like a herd of cattle to cast votes in ballot boxes is meaningless. Is this not a farce in the name of democracy? Thus, the spread of education and proper knowledge is essential. Education does not only means literacy or alphabetical knowledge. In my opinion, real education means proper, adequate knowledge and the power of under standing. In other words, education should impart an awareness of who I am and what I ought to do. Full knowledge about these things is what education means. Merely having some acquaintance with the alphabet is no education. Literacy certainly serves some purpose. I am not saying that literacy is absolutely useless and lifeless. There are some countries in South America where only literate people enjoy franchise. Political parties in these countries launch literacy campaigns and people naturally cast their votes in favour of those parties which have made them literate. Thus, the government remains free from all responsibilities and expenditures in this regard. But this system cannot serve its full intended purpose. First, it is not reasonable to think that mere literacy will awaken full wisdom about what to do and what not to do. Second, if the responsibility of literacy is left to political parties, then those political parties will spread their respective party propaganda popularizing themselves among the people. People will become intellectually bankrupt, and this curse will undermine their rational judgement and discrimination. Nevertheless, education is of prime importance. Without education democracy can never be successful.

Morality is the second fundamental factor for the success of democracy. People sell their votes because they lack morality. There are some countries in the world where votes are bought and sold. Can we call it democracy? Is it not a farce? Democracy cannot succeed unless 51% of the population rigidly follow principles of morality. Where corrupt and immoral persons are in the majority, leaders will inevitably be elected among these immoral people.

Today there are too many obstacles on the path of morality. Urban civilization is one of the chief reasons of moral degeneration because many people are compelled to live undesirably in small, congested places. This is inimical to morality in individual life. Solitary living for some time is essential for the cultivation and development of morality. Where the population is very dense, milk and vegetables are in short supply, and these are indispensable for healthy survival. When the demand is more than the supply, adulteration goes unchecked. To meet the deficit in the supply of milk, people mix water with it. To meet the demand for diamonds, imitation diamonds are produced, because the demand is more than the supply. Cities become dens of corruption because of anti-social elements, but generally such things are not noticeable in villages. In villages everybody knows everyone else. Everybody knows the livelihood of their neighbours. But even after twenty years of living in a city people seldom get acquainted with their neighbours. They don’t even know that there are many swindlers lurking in their midst. However, the slogan, “Go back to the village” alone will not suffice. City life has a great attraction for people generally, so they run to cities for their livelihood. To stop this trend intellectuals and others will have to look for their livelihood in villages. The supply of cheap electricity and the expansion of cottage industries in villages are of paramount necessity today. By cottage industries I do not mean outdated, primitive handicrafts. Cottage industries must be efficient, modern mechanized units. From the economic viewpoint decentralization is an absolute necessity. With the exception of heavy industries and essential government offices, all industry should be shifted to the villages. To stop overcrowding in the cities this is the only feasible approach. Villages are not congested, so anti-social people will not be able to hide themselves there. If they try, the police can easily detect them.

In a democratic society immorality is a big issue which cannot be avoided. Some people say that if mustard seeds are sprinkled over any person possessed by a ghost, the ghost takes to its heels. But if the ghost hides in the mustard seeds them selves, then of course there is not the ghost of a chance of escape from the ghost. Similarly, the ghost of immorality lies hidden in today’s democratic system. Democracy induces sentiments like provincialism, communalism, casteism, etc., which are devoid of morality. Suppose that in a certain constituency person A represents a majority community, but B, C, and D are capable and competent representatives. In such circumstances, representative A is sure to fully exploit the majority community by kindling casteism or narrow-minded communal sentiments in order to win elections. Such anti-social activities create suspicion in people’s minds and thus deal a staggering blow to their morality. In some democratic systems social discrimination becomes so rampant that different groups and parties find ample scope to propagate and disseminate their defective ideas and fissiparous sentiments. So we see that morality, which should be the basic factor of democracy’s victorious march, goes unprotect ed. Thus in a democracy some people indulge in casteism and extract maximum advantage from it. Political parties also nominate those persons who belong to majority communities as their representatives. The masses, being uneducated, cannot see through these games.

Thirdly, social, economic and political consciousness is also indispensable for the success of democracy. Shrewd and cunning politicians may misguide even educated people if they are not sufficiently conversant with social, economic and political issues. Democracy can be successful only when people imbibe these three kinds of consciousness. Without this awareness, the welfare of the society is not possible either in theory or in practice. Intellectuals, therefore, must never encourage unrealistic ideas of this sort.

But even if these three requirements for the success of democracy are met, the real welfare of the society is not possible by dialectical materialism or by democracy. The only solution is an enlightened, benevolent dictatorship – that is a morally and spiritually conscious dictatorship. Moralists, though in a minority today, have no reason to worry. Once society is led by people who are intellectually and intuitionally developed, there will certainly be no scope for exploitation and injustice. Now a question may arise. If in a nation or country every person enjoys human rights, why should a particular person have voting rights while others do not? After all, this world is the common inheritance of all, and every human being has the right to enjoy and utilize all mundane, supramundane and spiritual resources. But just because everybody has the individual right to enjoy everything, it does not follow that everybody has the individual right to run the administration of a country.

For the good and the welfare of the people in general, it is not fitting to leave the onus of the administration in the hands of all. Suppose a certain couple have five children. All of them are happy and comfortable in the family. But if the children, on the plea of being in the majority, suddenly claim full authority and the right of the management of the family, is it feasible? Say they call a meeting and pass a resolution that all the glasses and crockery should be smashed. Can we call it a wise resolution? Let me give you another example. Students compared to teachers are always in the majority. Now if the students, on the plea of being in the majority, put up the demand tat they them selves should set the examination and be the examiners, can that demand be granted? So you see, democracy is not a very good or simple system. But unless an alternative, better and more agree able theory or system is evolved, we will have to accept democracy in preference to other systems, and make use of it for the time being.

From “Dialectical materialism and democracy”, Prout in a nutshell 6