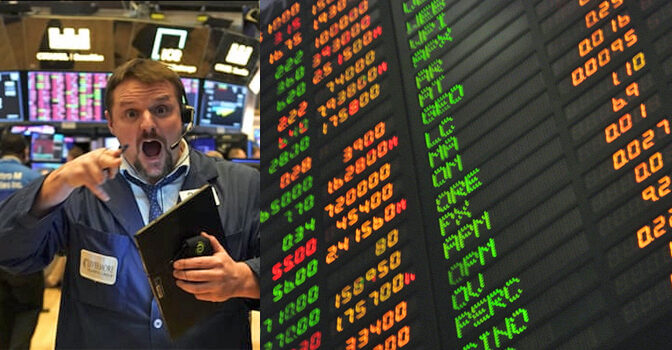 Finance should support the production of consumer goods and services. Instead, financial markets offer products or “tools” for speculators eager to squeeze the juice of the fruit that really belongs to all.

Present futures markets have far outgrown their agricultural origins. … the trading and hedging of financial products using futures dwarfs the traditional commodity markets, and plays a major role in the global financial system, trading over $1.5 trillion per day in 2005.

“Capitalists, in either their singular or collective forms, are the most pernicious economic exploiters today. All over the world they are continually exploiting local economies and draining their wealth. In nearly all cases the profits they accrue are spent outside the local area and remitted to outside stockholders and parent companies. An essential measure to control this economic exploitation is that the speculative markets in all countries of the world should be closed down immediately.”

What is financial speculation?

Speculation is the purchase of a commodity, goods, or real estate (an “asset”) with the hope that it will become more valuable in the near future. In finance, speculation is also the practice of engaging in risky financial transactions in an attempt to profit from short term fluctuations in the market value of a tradable financial instrument—rather than attempting to profit from the underlying financial attributes embodied in the instrument such as value addition, return on investment, or dividends. Many speculators pay little attention to the fundamental value of a security and instead focus purely on price movements. Speculation can in principle involve any tradable good or financial instrument. Speculators are particularly common in the markets for stocks, bonds, commodity futures, currencies, fine art, collectibles, real estate, and derivatives.

Foreign exchange (FOREX) markets execute the world’s highest total volume and dollar value, with an estimated $6.6 trillion per day changing hands between buyers and sellers in 2019. The total value of the forex industry increased from $1.934 quadrillion dollars in 2016 to $2.409 in 2019. Forex is the only financial market in the world to operate 24 hours a day.

The global bond market is valued at over $100 trillion, of which approximately $40 trillion is based in the United States, and these assets may include debt issued by governments and multinational corporations.

Some Specialities of Proutʼs Economic System