More than 2.000 followers of Ananda Marga and its sympathisers took part in the annual procession, inspite of a call for a bandh (lockdown) by the Communist Party – Marxist (CPM), AMPS reported.

An AMPS spokesperson commented as the procession started, "It is during CPM rule that Bengal lost its pride as a pioneer in culture and civilization. The incident of Bijan Setu and subsequent behaviour of CPM rulers made the world forget that Bengal is the land of much respected Intellectuals and moral leaders."

The procession started from Deshapriya Park at 2.00 pm and reached Bijan Setu by 3.00 pm. The procession was decorated by banners, flags and festoons. It was led by prominent members of civil society of Kolkata, like Shri Pulak Narayan Dhar, a prominent column write and social reformer, Shri Balai Chakraborty, retired IAS officer and regular column writer, Professor Bhaskar Purakayastha, etc. The Sanyasis and Sanyasinis in front were carrying the urn pots. After procession reached at Bijan Setu, it converted in a homage paying meeting.

Dr. Haldar's speech was most heart touching. He said that today, after so many years, he felt much relaxed as he could express his heartfelt emotions. He said that the brutality of this incident is unimaginable:

"I saw the remains of these great souls and I am now relieved of a great agony as I have got the opportunity to express it in this homage meeting," Dr. Haldar said, and added that "the brute force of CPM had been proven beyond doubt in this incident."

Then Dr. Haldar read out the names of the main persons behind the planning of the atrocity. He said they do not deserve to be called human beings.

A young Proutist student leader from Midnapur, Raju Manna was emphatic in his expression. He said without Prout – an ideology based on moral and spiritual principles – humanity cannot be saved. Unless morality is established, and the standard of education and socio-economic consciousness is raised, the present democracy will simply continue to play into the hands of self-centred leaders. To bring real change, the moral fabric has to be rebuilt, and for that a socio-spiritual organization such as the Ananda Marga and the socio-economic theory of Prout based on morality are needed.

Honourable Justice Amitabha Lala commission, the head of the inquiry to nail down the involvement of CPM in the Bijan Setu massacre, mentioned in the proceedings that he expects that his commission will certainly be successful in its effort. 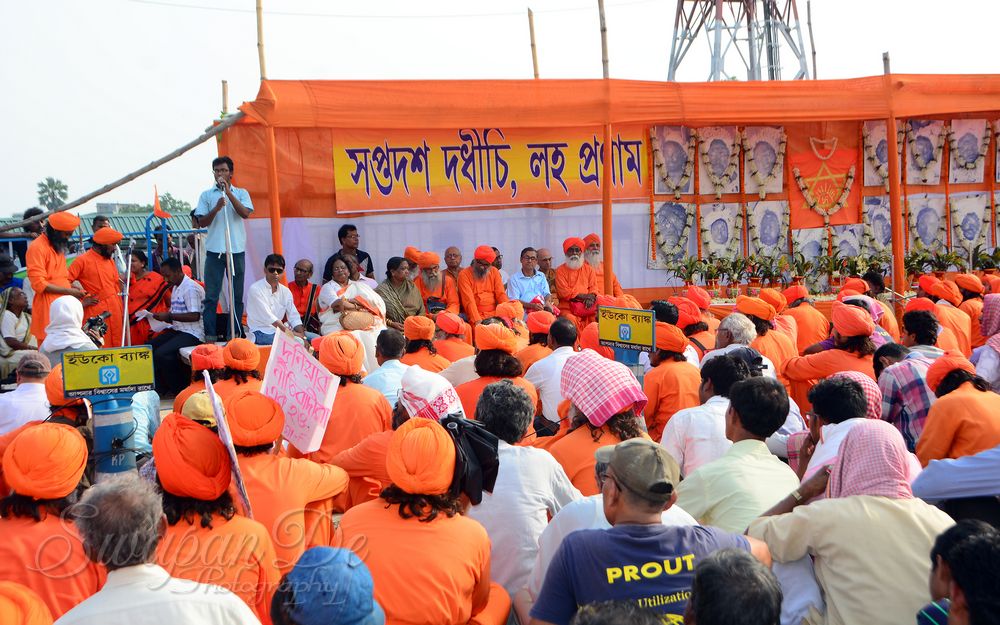