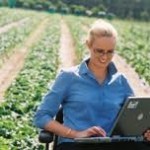 Q. What should be the percentage of population supporting themselves on agriculture?

In a developed economy only 30 to 45% of the population should support themselves on agriculture. In countries where a greater population live on agriculture there should be an endeavour to shift the surplus population to agro-based and agrico-(post-harvest) industries.

Q. What will the mode of development of these industries be?

Taking the agricultural produce as the nucleus (as a key industry) agro-based and agrico-industries should be established in a particular area in harmony with its specific characteristics. For instance in an area producing sugarcane – sugar industry, in an area producing bamboo – a bamboo or straw paper industry. In this way suitable industries should be established considering the restrictions as discussed above about large-scale and small enterprises.

Q. What will be the policy of ceiling on land ownership?

A ceiling will be fixed on maximum as well as minimum land holdings. If the agricultural holding is so small that modern developed means of tools, seeds, irrigation, etc. cannot be used, such a holding will become uneconomic and hamper economic growth. The determination of the ceiling on area must take into account soil fertility.

People owning land less than the minimum ceiling will be encouraged to form cooperatives for farming. In a cooperative farm 40% of the profit will go to the workers and 60% to the shareholders. Endeavours will be made to make every shareholder a worker in the fields as well.

Q. What will the status of agriculture and the steps to ensure its development be?

i. Agriculture will be given the status of an industry. It means that the selling price will be fixed after adding the rational percentage of profit, in the same way as in industry, to the cost of production which will include capital investment like land, machinery, tools, etc.

ii. There will be producers’ cooperatives which will:

iii. Agriculture will be brought under a compulsory crop insurance scheme to counterbalance the loss by unforeseen and natural calamities to which it is so often exposed.

Q. What will be the scope and function of trade unions in agriculture and industry in a Proutistic economy?

PROUT stands for the fullest utilization of human resources and also human welfare. This can only be possible by active involvement of labour in the welfare activities as well as in the management of the organizations they work in. Thus, trade unions in their respective fields would both be desirable and imperative. Besides safeguarding the interests of labour, unions would be required to be vigilant so that the whole system runs smoothly and efficiently and that proper discipline in production is maintained.

Other material on Agriculture: