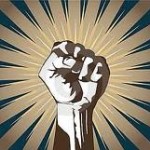 P.R. Sarkar
Those spiritual revolutionaries who work to achieve progressive changes for human elevation on a well-thought, pre-planned basis, whether in the physical, metaphysical or spiritual sphere, by adhering to the principles of Yama and Niyama, are sadvipras.

The principles of Yama are ahiḿsá, satya, asteya, aparigraha and Brahmacarya. Ahiḿsá means not causing suffering to any harmless creature through thought, word or deed. Satya denotes action of mind or use of words with the object of helping others in the real sense. It has no relative application. Asteya means non-stealing, and this should not be confined to physical action but [extended] to the action of the mind as well. All actions have their origin in the mind, hence the correct sense of asteya is “to give up the desire of acquiring what is not rightly one’s own”. Aparigraha involves the non-acceptance of such amenities and comforts of life as are superfluous for the preservation of the physical existence. And the spirit of Brahmacarya is to experience His [the Supreme Entity’s] presence and authority in each and every physical and psychic objectivity. This occurs when the unit mind resonates with Cosmic will.

The five rules of Niyama are shaoca, santośa, tapah, svádhyáya and Iishvara prańidhána. Shaoca means purity of both physical and mental bodies. Mental purity is attained by benevolent deeds, charity, or other dutiful acts. Santośa means “contentment”. It implies accepting ungrudgingly and without a complaint the out-turn of the services rendered by one's own physical or mental labour. Tapah means efforts to reach the goal despite such efforts being associated with physical discomforts. Svádhyáya means study of the scriptures or other books of learning and assimilating their spirit. The whole universe is guided by the Supreme Entity, and nothing that one does or can do is without His specific command. Iishvara prańidhána is an auto-suggestion of the idea that each and every unit is an instrument in the hands of the Almighty and is a mere spark of that supreme fire. Iishvara prańidhána also implies implicit faith in Him irrespective of whether one lives in momentary happiness or sorrow, prosperity or adversity.(4)

Only those who by their nature adhere to the above ten commands in their normal and spiritual conduct are sadvipras. Such a morally- and spiritually-equipped sadvipra has to perform a fundamental and vital duty to society.

In the cycle of social evolution, during each age before it is succeeded by another age, one particular class enjoys the position of domination and superiority. Such a class, while in political power, has every chance of exploiting the society. History has shown that this is not mere chance, but has been repeating itself. Now the duty of the sadvipra is to see that the dominating class does not take recourse to exploitation. The four classes – shúdra, the toiling class; kśatriya, the warrior class; vipra, the intellectual class; and vaeshya, the capitalist class – have remained well defined in the cycle of human civilization, and the gradual domination and decline of each class shall continue to occur in this cycle.

Life is a dynamic principle, and the movement of the samája cakra continues without any break or pause. The cycle cannot be checked, as stagnation implies death. The function of a sadvipra shall, therefore, be to see that the dominating or the ruling classes do not have any scope for exploitation. The moment one class turn into exploiters, the life of the majority becomes miserable; a few enjoy at the cost of many whose lot is only to suffer. More than that, in such a state of society both the few and the many get degenerated. The few (exploiters) degenerate themselves due to [an] excess of physical enjoyments and the many (exploited) cannot elevate themselves, because all their energy is taken up in mundane problems and all their mental waves are always tending to attain psycho-physical parallelism, thus getting day by day cruder. Hence, for the physical, mental and spiritual welfare of the administrator and the administered of the society as a whole, it is essential that no one be given any scope to exploit the rest of the society.

Sadvipras are not inactive witnesses. They are active participants to see that no person or class exploits the rest. For this they may have to resort even to physical violence, because the sadvipras will have to strike at the source of the power [of the class] which is tending to become the exploiter. In case the warrior class are becoming exploiters, the sadvipras may have to resort to physical force, and in an age where the intellectual class are dominating, they will have to bring about a revolution in the intellectual field. In case the capitalists are dominating, the sadvipras may have to contest and win elections, because the capitalist class rules by democracy, and the democratic set-up enables them to accumulate undue gains.

Other material on Leadership, Social cycle: