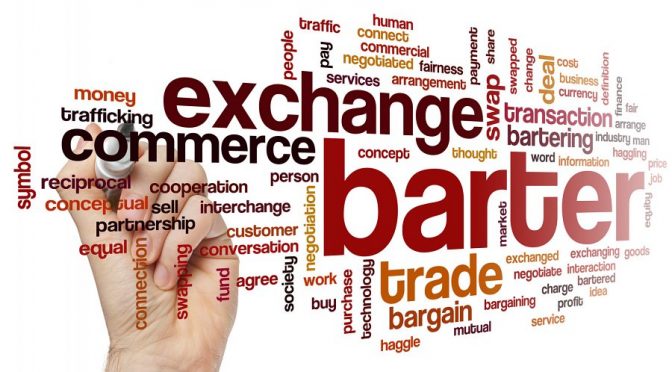 First, there should be a free trade system so that overproduction can be consumed by other countries or other economic units. In India, excepting the Punjab and Haryana, there is underproduction of milk. In other states, common people cannot get a sufficient amount of milk. But there are many countries, such as certain European countries, where there is overproduction of milk. In England, Germany and Sweden the authorities even give orders or encourage the public to kill cows. If in these circumstances free trade is allowed among different countries, the countries having overproduction or underproduction can make respective adjustments among themselves so that the overproduction of commodities may be consumed by under-producing countries. In that case the concerned countries will be benefited. Here free trade means that there should not be any imposition of export or import duties, and thus the prices of these commodities will benefit the consumers when they reach the market for actual consumption.

… In the existing world structure geo-sentiment is an obstacle to the implementation of free trade. Neither the capitalist countries nor the communist countries like the free trade system because it is detrimental to their respective self-interests. But there are some free trade zones in the world which are very bright examples of the success of this sort of system. Singapore is one such example. There was a good proposal to declare Calcutta a free trade zone, but it was not implemented for many reasons, including the failure of the concerned leaders. Bengal could have been greatly benefited by such a system.

In a revised economic structure – that is, PROUT – there must not be any import or export duties on consumable commodities. If this is done, then this earth will be converted into a golden earth.

The commune system suffers from the acute problem of chronic shortages of food products, so the communist countries always import food products from capitalist countries, in spite of all sorts of hue and cry raised by them regarding their “isms”. Therefore, they oppose the free trade system.

– From "Economic Dynamics" (1987) – Production Inflation, published in A Few Problems Solved Part 9, in Prout in a Nutshell Volume 3 Part 13, and in Proutist Economics

Local raw materials should not be exported – only manufactured goods should be exported. Local raw material prices in the export market are subject to manipulation and erratic fluctuations as they are currently traded through speculative commodity markets which are controlled by vested interests. To root out dishonesty from the field of trade, free trade should be established throughout the world as far as possible.

From "Socio-Economic Movements" (1984) – Maximum Industrial Development, published in A Few Problems Solved Part 9, and in Prout in a Nutshell Volume 3 Part 13

From "Decentralized Economy – 1" (1982) – Economic Transformation, published in Prout in a Nutshell Volume 4 Part 21, and in Proutist Economics

To eliminate dishonesty in business, free trade should be established throughout the world as far as possible and the speculative markets of all countries should be immediately closed down

Other material on Trade: