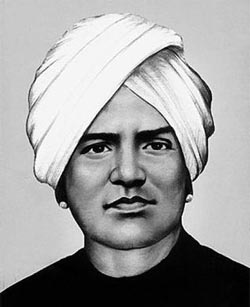 Iyothee Thass was the first Dalit to undergo a personal educational revolution. He educated himself in Tamil, Sanskrit, Pali and English. Because he was self-taught, he was able to shed new light on Tamil and Pali culture and spirituality. He is a role model for every Dalit student struggling in casteist, run-down government schools. Iyothee Thass was the first modern Dalit social revolutionary. He realized, as few others did, that the real revolutionary potential lay not in urban Dalits, but in the rural Dalits and adivasis. Iyothee Thass united and organized the various tribes of the Nilgiri Hills (Wayanad in Kerala, Nilgiris in Tamil Nadu). He was the first Dalit to use Dravidian sentimental legacy to liberate Dalits from Hinduism. He did this based on his deep knowledge of Tamil history, culture and social dynamics. He was the first Dalit to realize the revolutionary legacy of Buddhism and to use Buddhism to create social change. While his movement did not transcend religion into a genuine spiritual movement, it had a tremendous impact in Tamil Nadu and Sri Lanka.

Iyothee Thass created the first ideological media revolution, writing from his deep personal knowledge to enlighten Dalits on countless subjects. Still today, his writings are not properly compiled let alone translated. Iyothee Thass was also an intellectual revolutionary because while most Indians were running after Western knowledge or imagining airplanes and atoms in the Vedas, Iyothee Thass revived the Dravidian Siddha system of medicine. The Tamil Siddhas were among the most revolutionary poets in Indian history. Their strong assault on not just casteism but the very materialist mentality behind it has a powerful impact, even in translation, on any materialist — western or eastern. Iyothee Thass revived this anti-Brahminical medical knowledge system in the teeth of resistance from the Aryan, Ayurvedic establishment. Just recently the so-called government of India removed his name from the National Center for Siddha Research in Chennai. Most Dalits (like the rest of India) today are in the boxes of either western (Christian, Muslim) or Hindu knowledge systems, and this is why the cognitive intellectual revolution of Iyothee Thass is so important for us today.