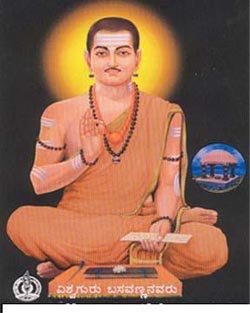 Basava founded one of the most militant, anti-caste movements in Indian history. He also started a new trend, because he was able to attract and create other great personalities to his movement. Though born a Brahmin, Basava was the first to renounce the temples and roam the Dalit parts of Kalyan, Karnataka. He mixed with the most oppressed and despised people and taught them how to sing, how to fight and how to love like Shiva’s tiger.

For the first time, shudras and untouchables spoke out against injustice and spoke about their own internal, spiritual revolution. For the first time, a Brahmin girl was married to a Dalit boy. For the first time, Brahmins who dared to denigrate Shiva and Shiva’s sama samaja tattva were beheaded by Basava’s followers. Since the departure of Shiva, Basava was the only leader who was able to create a militant movement against caste, although full military mobilization was not achieved.

In addition, Basava and his fellow saints achieved a spiritual revolution so powerful that it transformed ordinary Dalits into great poet-saints. He also engendered a cultural revolution by creating a revolutionary people’s poetry. Other saints like Jnaneshwar and Guru Nanak were also able to create a mass-based social and ideological revolution, but none were more revolutionary than Basava.