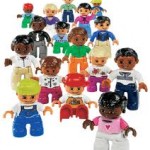 The inherent and fundamental characteristics of an entity—its nature—should be studied if one wants to care for and develop that entity. According to PROUT, the fundamental human characteristic has three aspects: physical, psycho-spiritual, and psycho-social.

Our physical characteristics includes  basic biological functions of sleep, hunger and thirst, procreative urge, and fight-or-flight survival response. These are aspects which we share with all animal species.

These aspects of our nature is termed as vital characteristics or prana dharma. “Prana” means vital force; so prana dharma is expression of individual identity that gives vitality to our existence.

The lack or loss of a proper sense of identity deprive individuals of the vital force of personality required to sustain their psychic and social existence. When deprived of or lacking in prana dharma, individuals may become directionless, or they may develop a debilitating psychology. Suffering from lack of a firm identity is a great handicap and a definite indication of bad existential health.

It is as important to us to express our personal and social identity properly as it is to express our biological and spiritual natures. In fact, without the healthy expression of prana dharma, it becomes impossible to develop spiritually. People without this firm sense of personality find it difficult to pursue spiritual practice no less than others who find that various physical problems obstructs their path to concentration and calm.

A healthy society is dependent upon the mental vitality of its members. That is, it depends on the collective expression of vital characteristics— prana dharma.

Collective prana dharma arises from the unique social, cultural and psychological expressions and outlooks of a group of people living within a particular geographical, historical and cultural setting. It is the expression of the distinguishing traits and attitudes possessed by a nationality, ethnic group, or subculture. The prana dharma of Native Americans, for example, includes their valuing of honor, their reverence for nature, and their tribal living. The Japanese, by nature, are industrious, refined in manners, and respectful towards elders. Filipino people have a charming sweetness to their personalities. Etc.

Just as the loss of individual prana dharma—of personal identity—is destructive to the vital expression of individual personality, so also is the suppression of collective prana dharma— of cultural identity—detrimental to social development. The hostile suppression of culture can be even more destructive than oppression brought on by political tyranny alone. Where there is only the repressiveness of the state or military enforcing a people’s colonization, there at least the vital force of the people remains intact, and spirited struggle for liberation remains an ever-present possibility. But people deprived of their collective prana dharma will fatalistically accept their subjugation. This deadening of the spirit to fight remains their condition, unless and until their vital force gets renewed through reaffirming their pride of cultural identity.

There are many historical examples of the importance of collective prana dharma to struggles for ethnic liberation. The Jews were conquered on numerous occasions, but they maintained a strong cultural identity and delivered themselves from bondage time and again.

The people of the Indian subcontinent were similarly subjected to numerous conquests, being subjugated in succession by the Aryans of Central Asia, the Greeks under Alexander the Great, the Moslems, the Mongols and the British. Of these many conquests, it was the imperial rule of the British which proved the most difficult for the Indian people to overcome. The principal reason was that the British were very adept at undermining the Indian prana dharma. They accomplished this by educating the elite of Indian society in the British schooling system, thereby imbuing them with the Western outlook on life. This outlook was analytical, rationalistic, and materialistic in nature; and it was incongruous with the traditional intuitive, subjective, and spiritual outlook that gave structure to the Indian personality. The leaders of Indian society came to emulate the West and reject their own cultural ways. It wasn’t until visionary personalities such as Swami Vivekananda, Ram Mohan Roy and Rabindranath Tagore revived a pride in India’s spiritual and cultural heritage that the Indian masses stirred. Mohandas Gandhi, although educated as a lawyer in the British legal system, recognized the power of India’s mystical tradition. Although a political figure, he adopted a sannyasi-like existence and eventually gained the stature of a Mahatma. With the rejuvenation of their prana dharma, the India people’s struggle for independence from the British was taken up in earnest.

The European-American colonizers of the Native American nations destroyed the prana dharma of the North American indigenous people in a manner similar to the British in India. Native Americans were forced onto reservations where they were prevented from roaming freely. They were subjected to Christian proselytizing, leading to loss of their ancient spiritual beliefs. And they were compelled to send their children to public schools, to be socialized into the cultural ways of the white society. It was this cultural genocide— much more than the massacres and the germ warfare—which finally broke the spirit of America’s native peoples. The spiritual revivalist cult of the Ghost Dance, led by the charismatic Wovaka, was seen as a particular threat to the Euro-American leaders, as it represented a renewal of Indian culture. At the Ghost Dance gathering at Wounded Knee in 1891, men, women and children were slaughtered—simply for participating in this expression of traditional Indian religion. The Wounded Knee massacre brought a virtual death knell to Native American spirit. But a subterranean current of their heritage survived through the peyote ceremonies of the Native American Church and the memories of a few elders, healers and shamans. Eventually, the Native American prana dharma reemerged in the 1960s to inspire a new generation to take up the traditional ways and resume the struggle for sovereignty and dignity.

Aspirations for freedom cannot easily take hold in a people’s mind without their first possessing pride of cultural identity. One factor, which hampered Che Guevera in his guerilla campaign in Bolivia, was that the Andean Indians—whom he had counted on for a base of popular support—were devoid of the proud spirit of their Incan ancestors. As the result of the onslaughts of Latin culture, they had a deeply ingrained defeatist mentality. Feeling mentally defeated, they did not—could not—respond to Che’s call to join in a people’s struggle against exploitation.

The American people could give stronger challenge to the exploitation, corruption and environmental destructiveness of corporate capitalism if their collective prana dharma had more vitality. The upright moral values and characteristic dynamism of Americans have been eroded by a devitalizing mass culture of fads, jingoism, advertisement-induced consumption, and mindless pursuits. The popular media and other mass institutions of socialization relentlessly propagate this lifeless cultural style. Immersed in this pseudo-culture, the psychic vigor of Americans is weakened, making it difficult for them to envision and pursue an exploitation-free, environmentally healthy society.

Social reformers need to appreciate that cultural identity has vital importance to a people’s capacity to manifest social dynamism and unleash their creative spirit.

Communists were particularly guilty of failure to support collective prana dharma. They made claim to possessing a progressive ideology and proclaimed themselves a vanguard force championing oppressed people’s aspirations for liberation. But, if we look at the approach they typically took towards ethnic identity and autonomy, their claim to being a force for human liberation is insupportable. Marxist led revolutions did succeed in the overthrow of exploitative regimes. But, in almost all cases, established Marxist governments had atrocious records with respect to protecting and encouraging ethnic diversity. In numerous instances, they forcibly suppressed people’s religious and cultural institutions. This suppression went far beyond what was necessary to root out anti-social and reactionary elements. Rather, it was ethnic and cultural sovereignty that was the target of this repression. The communists’ promises of a new, humanistic social order were drowned in the blood and tears of the countless Armenians, Lithuanians, Tibetans, Slovenians, Rumanians, and Jews who dared assert their cultural identity.

Progressive social movements should take a much different approach to ethnic culture than that taken by most communist regimes. The central purpose of any progressive social philosophy or movement must be to nurture the development of the well-integrated human personality. Therefore, the diverse expressions of human culture must be accepted and valued, and indigenous culture must be given proper scope for expression. A progressive ideology, if adopted by a people, should be adjusted in a manner that supports and strengthens their ethnic ways.

Of course, the right to cultural expression cannot be absolute. There may be occasional need to discourage or check a few detrimental expressions of collective prana dharma—such as those which support to bigotry, patriarchy, or ecological destruction. Where this is the case, every effort should simultaneously be made to replace destructive traits with humanistic traits. If new, more humanistic cultural values are instilled, the vital force of personality will not get diminished, but will be enhanced.

In the process of evolving a people’s prana dharma towards greater expression of humanism, force should be avoided if at all possible. Forcible change will only be resisted. The best approach is to encourage people to develop spiritually—that is, to express their psycho-spiritual dharma. The pursuit of spiritual truth acts to contradict and dislodge narrow, dogmatic outlooks, while replacing them with magnanimous and universalistic views.

When people come to possess a collective prana dharma that is fully compatible with their psycho-spiritual characteristic, they will naturally give expression to their inner aspirations. And they will enjoy the support of a social milieu that gives them a powerful sense of collective identity and sustains their deepest human longings.