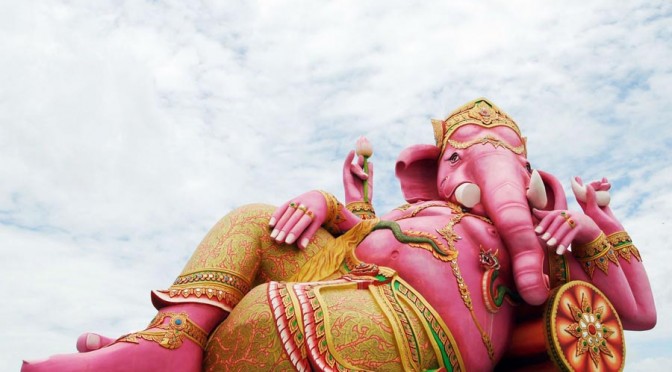 Mankind has suffered more in the name of religions than any other cause. The First Crusade (1096-1099) was followed by the Second to the Ninth Crusades to recapture the Holy Lands. It started as a widespread pilgrimage in western christendom and ended as a military expedition by Roman Catholic Europe to regain the Holy Lands. The Muslims on the other hand are still fighting the Christians and the Jews to win back the holy land of Jerusalem. Both the warring factions remain defiant until today inspite of loss of millions of human lives on both sides.

"We are on the verge of entering into a new Yug or Age in which religions have become practically redundant."

The advent of the Taraka Brahma, Shrii Shrii Anandamurti as 'Mahasambhuti" on this planet on 21st May 1921, is considered to be an absolute change in our way of looking at life by His followers. Ánanda Márga or officially Ánanda Márga Pracáraka Saḿgha (organisation for the propagation of the path of bliss), a socio-spiritual organisation and movement was founded in Jamalpur, Bihar, India in 1955 by Shrii Prabhat Ranjan Sarkar (the civil name of Shrii Shrii Anandamurtii). Ánanda Márga is also the name of the philosophy and life-style propounded by Shrii P.R. Sarkar, described as a practical philosophy for personal development, social service and the all-around transformation of the society.

Shrii Shrii Anandamurtiji said that religion is an "ism". Religions were founded and preached by "mahapurashas" during certain periods of the societies which necessitated their emergence. The world now still remain divided on religious lines and many a war have been fought because of one's faith in their respective religions. But, have the religions been able to bring peace to the world as preached in the holy scriptures? This unnecessary bloodbaths in the name of religions have to stop once and for all. Of course, religions have their own sides of goodness because the intentions of messiahs or founders of the religions were meant to save humanity at one stage of time. But a universal dharma are missing in the religions because the religions were based on dogmas without scientific philosophies. The religions of the world have miserably failed to cater to the needs of humanity; rather the world has been divided by religions which has led to unnecessary bloodbath. Therefore, it is imperative that all religions of the world today come together, shed their differences and join a common platform for the all round development of Mankind because the Yug (Era) has changed. We are living in a small Globe today.

Who can deny the exemplary selfless service of the Christian community? The kothurta (firm affinity) of the Muslim community towards their religion? The dharma chakra (religious rituals) of the Buddhists? The povitrata (holiness) of the Hindus? The vigorous fasting of the Jains? These are some of the unparalleled virtues of the respective major religions of the world. Shrii Shrii Anandamurtii had always favoured the harmonies blending of cultures,societies and languages.Today,all civilised Societies condemn violence in the name of religions.Similarly,the harmonious blending of various religions of the world into one universal path towards God is the most sought after way today.The civilised world want peace for the troubled and torn human society.

Shrii P.R. Sarkar founded the Ananda Marga or Ananda Marga Pracharaka Sangha for the welfare of the suffering humanity. Unlike religions which are based on dogmas, Ananda Marga or the path of Bliss is a Dharma based on scientific philosophy. Just like Dharma of water is to flow downwards until it merges with the mighty ocean or the Dharma of fire is to burn anything that is inflammable, the Dharma of atman (unit soul) of any living creature is it's effort to merge into Parmatman (Ocean of souls) or God. Shrii P.R. Sarkar said that we have attained the human form not by our efforts but after millions of years of rebirths from lower forms of life by the efforts of Sagun Brahma or Prakriti or Maya. This human form is the ultimate form of life on this planet. We must utilise this opportunity to do spiritual practice in order to merge into God by utilising the mundane and supramundane materials of Prakriti. The process of temporary merger of one's soul into God during life is called "samadhi" and permanent merger into God after death is called "Moksha" or mergence into Absolute Bliss or Ananda. The anandamargis believe that Shrii Prabhat Ranjan Sarkar or Shrii Shrii Anandamurti advent to this planet was extraordinary due to the fact that He was not an ordinary man. His advent is called "Mahasambhuti" as Shrii Shrii Anandamurti was a "Taraka Brahma" just like Lord Shiva who came to this planet 7000 years ago and Lord Krishna came to this planet 3500 years ago. A Taraka Brahma's advent to this planet take place during certain periods when Dharma or Righteousness become endangered in the societies by Evil people or "the Papis". The Law Of Dharma compels God to come down to the planet during extreme imbalance in the Society. The Taraka Brahma whose brain function cent per cent or to its full capacity has the immense spiritual powers to revolve the wheel of "Yug" or Ages to the appropriate "Yug" or Age in order to give victory to the the suppressed people for reestablishing  Dharma or righteousness. This is required to regenerate and maintain balance in the society.

We are, therefore, now on the verge of entering into a new Yug or Age in which religions have become practically redundant paving way for the new concept of the "Path To Bliss or Ananda Marga" for the suffering humanity. The Path to Bliss is for the unification of mankind into one universal family without any caste, creed or religion through establishment of Progressive Utilisation Theory or "PROUT".

That's why the song "Imagine" by the late John Lennon was offered to the United Nations to play on International Peace Day on 21 September as "The Right of Peoples to Peace."

One thought on “Religions Today Have Outlived Their Utility”