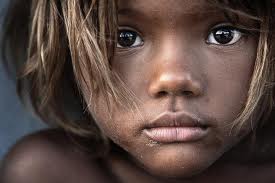 These days, a person who possesses wealth is respected and revered whereas a person without money is a person honored by none… Bereft of everything, people toil ‘round the clock to earn a mere pittance… The railway stations and market places are full of half-clad beggars and lepers desperately stretching out their begging bowls… The poor live in shantytowns, barely protected from the elements… Village people die for want of medicine… The pavements have become the home for so many people.
— P.R. Sarkar[1]

Planet Earth has enough resources for everyone–if we share. As explained in the previous chapter, according to the principle of Cosmic Inheritance, it is unacceptable to hoard wealth or resources. The goal of PROUT is to utilize and distribute our shared inheritance in a rational way for the benefit of everyone.

Material incentives for those who work harder, are more skilled, and who contribute more to society are integral to a Proutist economy, but the incentives must be reasonable. The goal is gradually to raise the standard of living and quality of life of everyone, while reducing damage to the natural world and other creatures.

The Minimum Necessities of Life

The first requirement of PROUT is to guarantee the minimum necessities to everyone: “The minimum necessities of all should be guaranteed in any particular age.”[2] Guaranteeing the right to live has to be the first priority of every country. The Brazilian spiritualist Frei Betto called attention to this need when he said, “The degree of justice in a society can be evaluated by the way food is distributed among all citizens.”[3]

PROUT recognizes five fundamental necessities of life: food (including pure drinking water), clothing, housing (including adequate sanitation and energy), medical care, and education. Supplemental requirements are local transportation and water for irrigation. According to the principle of Neohumanism, this birthright transcends citizenship — meaning that every human being, whether native or visitor to a country, must be guaranteed these necessities.

Providing the basic necessities should be the primary function and duty of any economy. Human beings require these in order to realize their individual potentialities, to develop culturally, to achieve inner fulfillment. Without necessities, the “pursuit of happiness” remains beyond the reach of the world’s poor.

Most government provide a safety net to help guarantee that the poor and most vulnerable do not fall below a minimally accepted level of poverty and destitution. Unfortunately most government safety nets provide a very low bar that prevent only the worst suffering. Increasing numbers of citizens face great hardship without access to housing, health care, and food.

As many as 3.5 million people in the United States experience homelessness each year.[4] More than 60 million Americans have no health care insurance and many more have only limited coverage, causing millions to fall into poverty when their family is hit by a medical emergency.[5] And 46 million Americans are receiving food stamps.[6]

The right to meaningful employment with fair wages is also a fundamental human right. The minimum requirements should not be handed out by a government agency, as in the current welfare systems of liberal democratic countries. Rather, people should pay for them with the income they earn from honest work. It is the responsibility of all levels of government to pursue policies which achieve and maintain full employment, with jobs that utilize each worker’s skills and capabilities.

A just minimum wage, often called a “living wage,” must be set high enough so that people can purchase the necessities. Increasing employment will reduce the numbers requiring the safety net. Welfare systems create disincentives for their recipients to work. In the United States, for example, those who receive welfare must immediately report any dollar they earn, which is usually deducted from their next welfare check. They are not allowed to borrow money to start a small business without immediately sacrificing their monthly assistance.

In this way, welfare recipients sometimes become emotionally dependent, prisoners of both poverty and the welfare system which seeks to alleviate it. Thus a whole class of people who should be employed remains jobless or becomes part of the underground informal economy. PROUT, on the other hand, by guaranteeing a livable minimum wage, would limit welfare as a special contingency for those who are physically or mentally unable to work.

The determination of what are the minimum necessities should be done in a progressive way; there must be continual adjustment of these basic requirements depending upon the available resources and scientific standard of the locality. As with all the principles of PROUT, the standard for minimum necessities will change with time and place.

For example, staple foods are different in different cultures, yet they must meet adequate nutritional standards. Clothing varies according to climate and culture. Minimum housing standards appropriate to the climate and culture must also be determined. The availability of better housing will also be an incentive–such incentives will be built into the system, unlike in the Soviet Union, for example, where “dacha” vacation homes for the Party elite were kept secret. Everyone, however, will be guaranteed a roof over their head, regardless of their social standing.

In a Proutist framework, the people’s purchasing capacity will be taken as the measure of economic advancement. In order to facilitate a continually increasing purchasing capacity, a number of factors are required. These include the guaranteed availability of basic goods and services, stable prices, appropriate wage increases, and increasing collective wealth and productivity.

Imagine a world in which no one need worry about getting enough money to buy food, clothes, housing, education and medical care for his or her family!