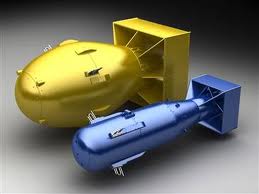 (2 December 1978, Kolkata) – A few days ago a journalist asked me my views about the destructive effectiveness of atom bombs and their future reaction on the human race. Ordinarily, I do not have any contact with journalists. But I did give a reply to this question. I said, “Human strength is much more powerful than the strength of atom bombs.” Therefore, to think that atom bombs will annihilate the human race is nothing but to defame human intellect and psychic power because atom bombs are the creation of human beings.

Similarly, if an atom bomb is taken to be a gigantic Rakśasa or ferocious demon which has physical strength but no psychic strength, human beings can keep it under control. Not only that, human beings can easily discover a weapon to counter act the strength of atom bombs, and the function of that weapon will be to obstruct and to hinder the destructive reaction of atom bombs. Now the point is that where the creator is a unit mind, its physical strength will always be less powerful than its psychic strength.

Whatever a person manufactures contains only physical strength; it does not possess any psychic strength. Atom bombs have nothing which can be called a mind. But in the future, human beings may manufacture something about which I have already hinted which may possess a mind also, but in that case the mind of that object will be weaker than the mind of its creator, the human being. Its physical strength may be more – definitely it may be more.

So there is no reason to be restless and to cry about the impending dangers from atom bombs. There is only one thing for human beings to be afraid of. What is that? Human beings have to be alert against those who are demons in human form, those who posses immense psychic power and yet behave like demons, causing harm to humanity. Collective efforts have to be made to protect humanity from these demons. That is the only fear. What is the way out?

Yato váco nivartante aprápya manasá saha;
Ánandaḿ bráhmańo vidván na vibheti kutashcana.
“Supreme Consciousness cannot be reached by words only but by mind. Words return without attaining Him. One who knows the Supreme Blissful Stance attains Him. One who attains Brahma is not afraid of anything.”

Na vibheti kutashcana.
“One who attains the Great is not afraid of anything.”

You should not be afraid of any power in the universe. Atom bombs are so insignificant. Human beings will discover much more powerful weapons in future, so there is no reason at all why moralists should be afraid of them.

One thought on “Can Atom Bombs Destroy Human Civilization?”

Other material on Stirring issues: