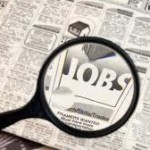 P.R. Sarkar
(31. December 1984) – There should be 100% employment for the local people. The basic right of all people is to be guaranteed the minimum essentials for their existence, including at least proper food, clothing, housing, education and medical care. This basic right should be arranged through cent per cent guaranteed employment, not through welfare or dole-outs. Unemployment is a critical economic problem in the world today and 100% employment of the local people is the only way to solve this problem.

Capitalists, in either their singular or collective forms, are the most pernicious economic exploiters today. All over the world they are continually exploiting local economies and draining their wealth. In nearly all cases the profits they accrue are spent outside the local area and remitted to outside stockholders and parent companies. An essential measure to control this economic exploitation is that the speculative markets in all countries of the world should be closed down immediately.

To create 100% employment among local people, PROUT supports both a short term and a long term economic plan. In the short term plan, labour intensive industries based on the collective minimum requirements of life should be started immediately or made more productive where they already exist. These industries should be based on the consumption motive. They should also provide a rational profit in order to guarantee adequate purchasing capacity to those employed in them and to ensure their continued existence and growth. In North Bihar, for example, where there is virtually no industry, all kinds of agrico and agro-industries can be developed to alleviate the unemployment problem there.

In the long term plan, capital intensive industries should also be developed to increase the productive capacity of the socioeconomic unit. PROUT advocates a three-tiered economic structure, that is, small scale privately owned businesses, medium scale cooperatives and large scale key industries managed by the immediate government. Such an economic structure should be based on the principles of self-reliance, maximum utilization, rational distribution, decentralization, rationalization and progressive increases in the standard of living of all people. Through the never ending creation of new industries, new products and new production techniques incorporating the latest scientific discoveries, the vitality of the economy can be increased. As part of the long term economic plan, working hours may also be progressively reduced to maintain full employment.

To solve the unemployment problem in both the short and long term there must be an accurate understanding of the surplus and deficit manual and intellectual labour trends. In India, for example, there is surplus manual labour in North Bihar, which is based upon an agricultural economy, and surplus intellectual labour in Calcutta. In both places there is high unemployment. In most of the countries of the world where there is high unemployment, there is surplus manual labour. So manual labour intensive industries are required to create employment. In some instances where deficit labour exists for an expanding industry, retraining programs may equip workers with the necessary skills for employment.

Another way to help solve unemployment, especially in rural communities, is the utilization of plants for economic selfreliance. All socio-economic units have the potential to increase their plant and crop varieties by properly matching these with the soil, topography and climatic conditions etc. in their units. Reforestation can reclaim arid and semi-arid regions, and some unique plants like the fern (Puranica), which has the capacity to attract clouds, can help radically transform the rainfall and weather patterns of a region. Agro- and agrico-industries based upon the productive potential of different plants can also help solve rural unemployment by creating a range of new goods and services. There are many dimensions to this revolutionary plant rationalization program, which is also a practical expression of the ideals of Neohumanism.

From PROUT in a Nutshell Part 13.
Copyright Ananda Marga Publications 2012. All rights reserved.