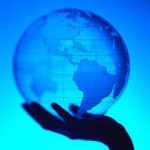 P.R. Sarkar
To materialize the concept of universalism a world government is necessary. This world government should be a confederation of all the federated states of the world. These federated states will consist of self-sufficient economic units or zones formed entirely on socio-economic and geographical considerations. Economically developed areas have a tendency to exploit economically undeveloped areas and hence federated states should be formed of different units. If we take a concrete example inside India, Vidarbhga, being a Marathi-speaking area, does not want to remain a part of Maharasthra and wants to become a separate state. Another important example is Azarbaizan. The Persian portion of Azarbaizan agitated to merge with the Soviet portion of Azarbaizan to ensure economic development. The different units or zones formed in this way may be redefined and rename for administrative convenience. These units may have certain common factors and these common factors will unite them into federations.

In the initial stage, the world government will be a law-making body and the different federations will have executive powers to implement the laws passed by the world government. The federations may or may not fully materialize the laws of the confederation but they must not go against them. The confederation will, however, have some executive power for limited and defined purposes, namely, for maintaining inter-federal peace and tranquillity and for settling inter-planetary disputes. This will mean the maintenance of a world militia under the full control of the confederation.