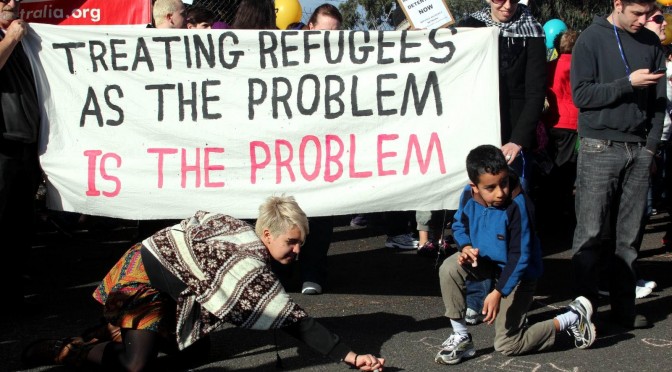 [PROUT Globe, September 2015] – The dilemma that refugees spell out for European authorities is significant in numerous ways:

Firstly, the crisis has become really glaring when its major symptom — refugees escaping serious trouble at home — flooded all over the Internet and throughout the media. The daily images of crowds of refugees entering prosperous Europe by land and sea, have led xenophobic politicians to suggest that the new arrivals should immediately be returned. The fact that European authorities, seventy years after WW2, are not in the mood to accommodate all the refugees, has revealed the deep flaws in the mind-set of the present Western establishment and its economic, social, and political structures.

Secondly, the crisis exposes the fact that our increasingly globalized world is in need of a transnational governmental structure able to effectively intervene and deal competently with civil wars and other national, regional, and inter-continental crimes against humanity. Such crimes include the food crises and other permanent lack of or serious deficiencies in clothing, housing, medical care, education, energy and other basic necessities. The United Nations is a powerless behemoth, incapable of addressing fundamental humanitarian issues on a needs basis, much in the same way as The League of Nations was helpless in its time.

Thirdly, the readiness of ordinary people to stand up and receive refugees in a caring and practical way, indicates their timeless ability to ignore hypocrisy from the authorities when really needed, and to generate large-scale people power. This type of people’s impact has already manifested in wondrous ways in little Iceland where tens of thousands of families have volunteered to take in a refugee family. The same genuinly heartfelt force will certainly assert itself in larger European countries and elsewhere whenever major crises hit seriously there.

The goodwill of the majority of ordinary Europeans in response to the current refuge crisis is a natural human response to everyday human needs. It may also be a forerunner to magnificent responses to the deep-set economic, social, and political crises brewing throughout the present global capitalist world.

Suggested reading: The Necessity and Prerequisites of a World Government