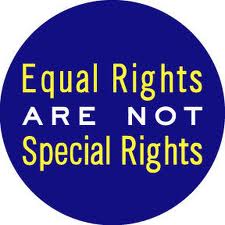 (August 1984, Calcutta) – Everything in this panoramic world is changing. There is a saying that as one bank of a river collapses, the other bank builds up. From the dawn of human civilization until today so many new, prosperous human settlements, so many impressive towns and cities, ports and metropolises have sprung up. After a period of glorious existence, they have crumbled in the ravages of time. They have turned into ruins, mere relics to be researched by inquisitive historians.

This pattern of change is not restricted to the realm of physicality, the psychic world has also undergone many changes, many transformations. The difference between the thought patterns of those primitive people who in the earliest stage of human civilization first thought of building a human society and those of people today is vast indeed.

In the primitive age, society was matriarchal. Although in that ancient society both men and women were granted equal freedom, in practical life women were given greater importance. As women’s dominance increased more and more in the course of time, the whole social structure came to be matriarchal and founded on a matrilineal order. In that prehistoric age, as I have said on earlier occasions, people would identify themselves with their mothers. While introducing themselves they would mention the names of their mothers, grandmothers and great-grandmothers. These are signs of a matrilineal order. Together with that came the matriarchal system, that is, property was handed down from mother to daughter. Thus the matrilineal order as well as the matriarchal system continued for quite a long time. Traces of the matrilineal order and matriarchal social system can be found even today in south India, especially in Kerala, Mizoram and some other hilly regions of eastern India.

Like everything else, human society undergoes change. Over time, out of historical necessity as various individual and collective problems of society cropped up, the pattern of men’s dominance, as opposed to that of women, became prevalent. It is likely that the importance of physical strength increased in the process of solving the internal problems of society and of resisting external attack. Thus, just as at one time the matrilineal and matriarchal social system evolved to meet a particular historical necessity, similarly, to meet another type of historical necessity, there arose the patrilineal and patriarchal social order. From then on, all power became concentrated in the hands of a gotrapitá [patriarch] instead of a matriarch. In Indian history, such a period of social transition occurred at the time of Lord Shiva.

With the establishment of male dominance in the society, all power was concentrated in the hands of men. Women were gradually deprived of all their rights – social, cultural, religious, political and economic. Some religious preceptors declared in the name of God that women were inferior to men in all respects and issued many commandments against them.

Everyone knows that many littérateurs  philosophers and novelists wrote remarks that degraded women. As a result of all this, on the one hand male lawmakers formulated many social regulations, penal codes and so on against women, and on the other hand women began to curb their own rights by thinking and saying, “We women are weak, we cannot undertake such huge tasks as men; how can we women solve such big and complex problems?” “My God! This is work for men, how can we women accomplish this?” As a result of harbouring such weak thoughts, women lost their self-confidence. You know the proverb, “As you think, so you become.” If one analyses deeply the annals of the past two thousand years in both the East and the West, one sees that women, compared to men, could not achieve any great work in the different spheres of life.

Fortunately, nothing is permanent in this world. Times are changing; human psychology is also changing; and along with the psychology, the trend of history is also changing. Because history is the expression of collective human psychology. Men today are beginning to realize that women can no longer be treated as commodities. Those days are gone. Women, too, are thinking, “We will no longer remain weak, feeble or inactive. We will no longer passively tolerate injustice, torture, exploitation, insults and hatred at the hands of male exploiters.” The women’s liberation movements in the East and West have originated out of this changed collective psychology. The auspicious signs of the awakening of women are clearly visible in every sphere of social life.

Those who are sympathetic to all humanity will surely admit that all animate and inanimate entities are the creation of the Supreme Father. He gave to everyone intelligence, competence and physical power. Hence, all men and women have the right and opportunity to establish themselves in society, depending on their sincere endeavour. Today that opportunity has come to women. Now there is not much opportunity to use physical might.

This is the age that gives importance to the intellect. People can see there is no longer much emphasis given to physical strength – more is given to the intellect. In previous ages, people wielded ordinary hammers with their immense strength, but today they operate electric hammers a thousand times more powerful pressing a simple button. That is, the importance of physical strength has dwindled, and the importance of intellectual strength has increased. So the physical advantages that were used by the male-dominated society to drive the steamroller of oppression over women, today just will not do.

In this changed social atmosphere, the future of women is bright. The common masses will awake, their self-confidence and intelligence will increase. The way of writing history will be changed. Already it has started to change. In the future it will change more. You should remember that no one in human society is negligible. The life of a hundred-year-old widow also has value in this universe. She should not be neglected or unwelcome. We have not given her due honour or service, wrongly thinking she is a burden to the world. This is an example of our ignorance; it is not her fault.

Everything can be explained by some historical necessity. We have not put our minds to this task. Had we really bothered to do so, we would have discerned that behind every incident, behind each and every crest and trough of events, there lies a historic purpose. If we think deeply we shall find the historic purpose and shall see that nothing is useless or purposeless. Everything happens for some great future possibility.