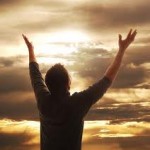 P.R. Sarkar
The subject of today’s discourse is “The Liberation of Intellect”. Every living being, every entity, wants liberation. Unless and until an entity attains liberation, whether in the crude physical sphere or in the subtle sphere, its natural development does not take place. Unless its natural development takes place we cannot obtain detailed knowledge about that entity, and for that reason we cannot achieve maximum utilization of that object.

One of the valuable treasures of human beings is their intellect. Of course, you may say that intuition is more valuable than intellect. It is true, indeed. But the fact is, that intuition is generally a substance of the spiritual world, whereas the domain of intellect is both the crude world and the subtle world. In the spiritual world also, the inspiration from intellect is a very important factor. That is why we cannot ignore the contribution of intellect. If we ignore intellect, we will have to deny the difference between human and non-human beings in the mundane world.

What is intellect? In the process of evolution, when the ego (ahamtattva), the subtler form of the elementary mind or mind stuff (citta), has a greater area than that of the mind stuff, then the enlarged area of ego is called intellect (buddhi).

Intuition (bodhi) is different. When the existential “I” feeling (mahattattva) becomes larger in area than the ego, then the enlarged area of existential “I” feeling is called intuition. This intuition establishes the link between the crude world and the subtle world. And as a result of a closer link being established between the subtle and spiritual worlds and as a result of its closer acquaintance with the sweetness of the spiritual world, this intuition guides human beings along the path of spirituality. And for those who have both intellect and intuition, intuition being more colourful and more sweet, intellect becomes somewhat dimmed or lustreless. This is why some people are of the opinion that people of the spiritual world are less intelligent; but the fact is different. It is not that spiritual people are less intelligent, but that to them the intellect, as compared to the intuition, is less colourful. That is why they do not make full utilization of their intellect. They remain always preoccupied with intuition.

Intuition is an inborn faculty of human beings. Thus no effort is necessary for the liberation of intuition. The liberation of intuition comes automatically, without making any effort. But with intellect it is different. Different kinds of blow start coming from all sides on the human intellect, on the natural intellect of human beings. And due to these constant blows, the spontaneous development of intellect becomes thwarted, and consequently it starts degenerating. Human beings have got to be saved, in various ways, from this degeneration of the human spirit. If we do not protect the human intellect from undesirable onslaughts from various directions, then the future of the human race is surely enveloped in cimmerian darkness. To save the human race from that cimmerian darkness is the bounden duty of every individual.

Now a question arises: what is the real nature of intellect? When individual beings develop some kind of “I” feeling after coming in contact with matter, then that initial stage of undeveloped mind is termed the citta. And when there arises a subtler “I” feeling in the mind stuff which does something more than merely establish a link with matter, that is, which acquires the capacity to direct matter according to its own desire, it is termed intellect. So this is the special nature of intellect.

The people of today are utilizing the quinquelemental [of solid, liquid, luminous, aerial and ethereal factors] universe in a better way than did the ancient human beings. With their intellect, people have made hundreds of scientific discoveries; with their intellect, people have learnt much from the practical world. In the future also, they will learn much more and they will do much more with their intellect. But if the spontaneous growth of intellect is stifled, as is happening in certain countries of the world, the individual and collective welfare of humanity will become impossible. In this world there were some people in the past, there are some even today, and there will be some in the future also, who do not want the human race to attain intellectual progress.

Why does this happen? I have already said that the task of intellect is to properly utilize all the properties of the universe, of the expressed world. But there are some selfish people in the world who are not in favour of the maximum utilization of mundane wealth, because they fear the control of the developed intellect over the material forces; and selfish people do not like that. They do not want anyone except themselves or a handful of their own group to attain any progress. Rather they would be happy to see that the individual and collective progress of others gets jeopardized.

Simultaneous with the development of especial human characteristics, there emerge certain especial racial characteristics in certain countries at certain times. Self-seeking people do not want the collective intellect of the human race to be utilized for the welfare of the entire human race; rather they, in the name of humanity, want to perpetuate divisive tendencies in society, because if they succeed in creating a rift in human society, that will pave the way for their personal benefit or self-aggrandizement. Thus they concoct various so-called scriptures and formulate all kinds of logic. They maintain to humanity that the different races in this world are not equal. Thus instead of considering the interests of the entire human society, they give preference to the interests of a particular community. This loud-mouthed propaganda in favour of a particular community, this parading of irrational logic, this sort of fallacious argument, all combine to stifle the spontaneous growth of human intellect. This sort of mentality is called dogma. A person who wants to promote others’ welfare, a person who wants to serve the entire humanity, must keep away from dogma. In addition to that, he or she will have to staunchly resist dogma. It is not enough to keep away from something which is considered a veritable sin, it is not enough to lodge only verbal protest against sin – one will have to wage an uncompromising fight against it. This is the greatest criterion of a truly righteous person.

The same thing applies to economic life also. All the five fundamental factors of this world, including monetary wealth, are all created by the Supreme Being (Parama Purusa) for the benefit of the entire human race. To remain under the same shelter of the Supreme, to live and grow in proper rhythm, and to make one’s existence successful in all respects, is the birthright of every individual. Of course, there are a few opportunists whose very nature is to exploit their fellow humans. But they will not confess this openly. Rather, by resorting to irrational logic, they say that it is a providential decree for a certain percentage of people to remain neglected forever, that those people are destined to continue their existence of inhuman tortures, and that a handful of people are destined to roll in riches and live in plenty and prosperity. This is also dogma. Those who are intelligent as well as righteous must vehemently protest, and carry on a pactless fight against dogma, because that which throttles the free intellect of human beings is sure to frustrate their intellectual liberation.

A similar thing has happened in the social sphere as well. For instance, some people announced that women are not entitled to spiritual salvation. If women want to attain spiritual emancipation they will have to be reborn as men. What an absurd proposition! All are the progeny of the Supreme; some of them are sons, some are daughters.

Can the Supreme ever decree that only His sons will be entitled to liberation and salvation, and His daughters will not attain it? This is indeed a strange and unnatural proposition; it is sheer villainy. This sort of repulsive logic was injected into human brains by constantly harping on the theme that women have no right to spiritual salvation; and thus the spontaneous intellectual growth of women was impeded. The liberation of their intellect was curbed, and their spiritual progress and social advancement was severely hindered in many countries.

On one side the malevolent forces are keen to establish their professed dogmas, and on the other hand, the Supreme Being wants the all-round development of human intellect. Hence I call upon you to carry on a ceaseless and pactless fight against dogma. You are sure to be crowned with victory.

From: A Few Problems Solved Part 4, Discourses on Neohumanist Education, Neohumanism in a Nutshell Part 1

Other material on Philosophy: