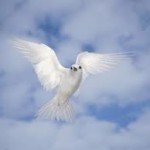 P.R. Sarkar
The day before yesterday the subject of discussion in the Renaissance Club was “The Liberation of Intellect”. Now, a question may arise in some minds: when liberation is meant for all human beings, what does the liberation of intellect mean? Intellect is primarily an impersonal or an abstract idea. Can the question of liberation of something which is impersonal, which is only an abstract concept, arise? In this connection my considered opinion is, yes, the liberation of intellect is indeed necessary. In fact whatever is in this universe – crude matter, subtle idea or consciousness – everything needs to be liberated. In the absence of liberation, the natural expression of an object or an individual does not take place. That is, if we want to see the full expression or the total unfoldment of the qualities and capacities that are latent in anything, the liberation of that object or that individual is indispensable.

If a certain country is held in bondage to another country, then that subjugated country will have to wage war in order to attain liberation from the chains of slavery. That is why liberation from worldly bondages is essential for human beings. We have noticed that wherever there is worldly subservience – whether economic, political or social – the proper development of the innate qualities, or the genius of human beings, remains remote. That is why in every sphere of life liberation is necessary; liberation from the bondage of staticity is a must.

Subtler than matter is the mind. From psychic slavery, also, the mind should be liberated. We notice in human society various forms of psychic pressure, numerous ways of exploitation. In order to attain liberation from this exploitation and tyranny, human beings must endeavour for liberation from psychic bondages. The internal urge to attain liberation in every sphere of life is a natural wont of each and every human being.

The essence of the human mind is known as intellect. Intuition cannot be precisely called the essence of mind. In fact, intuition is subtler than the mind, and a very special aspect of human existence. Intuition should be called the eleventh organ or the sixth sense. Discrimination between holy and unholy, permanent and impermanent, pure and impure in the intellectual sphere has a certain yardstick of its own. This yardstick should remain unstained. Due to the bondage of various types of exploitation and tyranny against the intellect in the physical sphere, the human spirit writhes in suppressed agony. Likewise in the mental sphere, the human capacity to think is snatched away. And in the same way in the intellectual sphere, when human beings try to think and act for their spiritual and intellectual unfoldment, various kinds of dogmas arise and create obstacles.

What is dogma? Dogma is a preconceived idea which forbids human beings to outstep the limits of that idea or object. In this situation the human intellect cannot freely function. Some people say, “All right, we may not get the maximum utilization of our intellect, yet we can have at least ten to twenty percent of its services.” My considered opinion is that where there is dogma, even ten to twenty percent of the human intellect cannot be properly utilized; and the meagre amount of intellect used is not something worthwhile. The greatest treasure of human beings is their psychic faculty, or their intellect. When I cannot utilize this precious intellect to its fullest advantage – what more tragic situation could there be than this! So we need the liberation of the human mind, and even before this we need the liberation of the human intellect.

Let me further explain what dogma is. Suppose the intellect wants to follow a particular path; in the meantime dogma comes from all sides and forbids it, “Oh no, no! Don’t take a single step further on that side. If you do, you’ll be burnt in eternal hell-fire. You’ll be doomed to hell for eternity.” When the intellect wants to make the fullest utilization of mundane wealth, dogma comes in and says, as it were, “Oh no – you must not do it. It is harmful for human beings, it is sheer blasphemy. It will lead to the degradation of humanity.”

When the human intellect becomes ardently eager to venture into a new enterprise in the psychic sphere, dogma again comes into the picture and insists, “Oh, no! You must not do like this. It will bring about your ruin.” Thus, in every sphere, at every step, dogma puts a blockade on the human mind, on the human intellect. That is why until we can liberate our intellect from bondages, we cannot make the fullest utilization of that intellect. For the service of humanity, the intellect has to be liberated from all sorts of bondages, from all kinds of dogma, from all manner of unholy influences. Unless that is achieved the human race cannot have a radiant future. If the present humanity wants to herald the advent of a golden dawn they will have to bring about an all-round emancipation of human intellect through a relentless struggle against dogma, backed by unlimited, uninhibited courage. This is why, in all corners of the world and in all directions, one and only one slogan should echo and re-echo from all mouths, “Dogma – No more, no more!”

From: A Few Problems Solved Part 4, Ananda Vacanamrtam Part 18, Neohumanism in a Nutshell Part 1, Prout in a Nutshell Volume 2 Part 8

Other material on Philosophy: