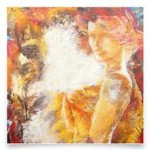 Acarya Krsnasevananda Avadhuta
By its very name PROUT reveals the spirit of its motivation, utilization. To use things, use people, to get everyone, everything and everywhere into the action. And to spread the burden of human need over as many diverse resources, on as many shoulders and over as wide an area as possible. To radiate our demands so they fall evenly and fairly over the whole globe like and undiscriminating blanket. And, to take the same approach with the beneath – radiate them, get them into as many pockets as possible, provide jobs and incentives for more and more people and activate their purchasing power so that in turn they will stimulate production. jobs and wealth. PROUT means purposeful economic decentralization aimed at creating economic and social activation where none existed before (in other words, greater or ‘maximum’ utilization). and at maintaining a wider and wider basis for economic change (i.e. bringing more people, more land and a greater variety of resources into the exchange process).

Though it appears that the earth is capable of sustaining neither human needs nor the impact of human economic activity, the source of the immediate problem is not shortage of resources but their misutilization. A narrow range of resources are badly overused and misused while potentially vast alternatives are barely touched. If the same needs were to be spread out over a larger range of resources, they would be sustained more successfully for a longer period of time. If a heavy stone is placed in the middle of a table the table will break. Yet if the same weight is distributed evenly over the whole surface the weight can be born easily.

This is the secret of PROUT–an expanding circle of resources is used at a contracting rate of speed (per resource) benefiting and activating an increasing number of people. These people in turn contribute themselves and the unique resources of the land they occupy as further new resources. This is progressive utilization.

Under capitalism just the reverse occurs. Governed by costs, the compulsion to grow, and life and death competition (not to mention his/her own greed) the capitalist can choose only resources, and employ only those production techniques, which will give him a market edge on his opponents. The need for bigger factories, smaller labour and raw materials costs, force him to centralize production, centralize labour and select only the largest sources of easily available raw materials. To think in any other way would open him to the deadly attack of his competitors. Consequently, the capitalism can only choose from a narrow range of resources which meet his special criteria. Naturally these overstressed resources will vanish at an alarming rate and upset the delicate balance of nature and social relationships. Thus over-centralized capitalist economies display the pattern of decay: a contracting circle of resources being used at an expanding rate of speed and damage to the environment for the benefit of a decreasing number of people (the winners of the struggle).

In summary, the problems caused by capitalism arise because its centralizing and hoarding tendencies have a long term contractive effect, i.e. they de-activate the productive effect of the people, places and wealth and create stagnancy. In other words, there is gross misutilization. To cure these maladies PROUT’s economic program promote economic decentralization, producing a long term expansive effect and full, balanced and sensible utilization of our planet’s many resources, i.e. maximum utilization.