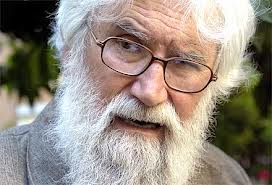 The exceptional importance of the PROUT system resides in two fundamental points: its completeness and its viability. The entire system comes from a correct understanding of the human being, personal and collective, and authentic human development…

In every person there are three dimensions: the physical, the mental and the spiritual. The three of them are to be developed together. If not, there is either no development or development that produces injustice and many victims. PROUT was carefully thought out to create a development with equilibrium (“pramá”) and with harmony. The result will be the welfare and happiness of all.

“The spiritual is that disposition of the human being to link the microcosms with the Macrocosm.”

The physical occupies all of the physical dimensions such as the physical body, the world of measurable phenomena, nature, natural resources, the fertility of the earth, the physical chemical elements, and the cosmic energy which acts on our world. The PROUT system teaches how to utilize to the maximum the physical resources in such a way that is sustainable enough for all who live in the world today and for all who will come after us. But not only the humans, also the other created beings: rocks, plants and animals.

The mental consists of the universe of the human mind, the intelligence, the will, the imagination, the psychic life formed by emotions and our inner and archetypal sensibility. The human being should develop his or her mental capacities for self-development and the development of others, through just behavior, the eradication of exploitative mechanisms, and continual creativity in the face of new problems.

The spiritual is that disposition of the human being to link the microcosms with the Macrocosm, to perceive the totality, to discover the other side of all things, the message that comes from the greatness of the uni- verse. It is the capacity to contemplate, to venerate and to dialog with the Mystery that the religions call God or the Force that guides the universe. By the actuation of this dimension, the human being turns into a cosmic being. This is an infinite practice. We should strive to encompass all these dimensions in the process of sustainable development.

The second characteristic of the PROUT system is its viability. The followers of P.R. Sarkar in the entire world, do not stop with the theoretical comprehension of the human being. They are preoccupied with the viability of a practical and effective way. It is here that the system becomes attractive…

The result of this pragmatic logic is a balanced economy… in which the necessities and amenities assist the three dimensions of the human: the physical, the mental and the spiritual. This system represents a humanistic approach to economics. It leaves behind the capitalist economy, with its unlimited accumulation of goods and material services, and instead rescues the classic sense of attending to all human demands, including the radiant communion with the Supreme…

I strongly recommend the reading and the application of this system in all fields. It will be especially useful in the ecclesiastical base communities of the Catholic Church and other grassroots groups of reflection and action that try to improve the purchasing power of people. It functions as a critique of the dominant capitalist economic system and neoliberal approach that excludes and causes massive injustice. It also critiques the system of real socialism because of its centralization and the rigid conformity that it demands. But principally PROUT serves as an alternative for a truly human economy which, when it functions, will produce life and happiness for the people.

Dr. Leonardo Boff is a theologian, professor and author of more than 100 books. He is one of the founders of Liberation Theology, a movement within the Catholic Church which blends a socialist perspective and struggle for justice with radical Christianity. He is a winner of the Right Livelihood Award, often considered the alternative Nobel, for his work promoting human rights.

Other material on Prama: