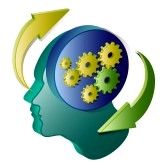 (25 May 1985, Kokata) – You know, it is the inherent wont of all living beings to expand in the physical arena, and for this purpose, rather because of this element – this wont is nothing but a sort of element – they exploit others, they forget the interest of other living beings. Just now I said that it is the inherent wont of all living beings, both human beings and animals, to expand in the physical arena. In the case of human beings there is another wont, another inborn instinct, and that is simply to expand in the psychic arena also. So unlike other animals, human beings have got one scope, or got the scope, to divert their physical longings into spiritual aspirations. Other animals have not got this. But because of this psychic wont, they exploit others in the psychic level as well as the physical level, and this exploitation in the psychic level is more dangerous than in the physical one.

“For the purpose of training this turbulent mind,
what is to be done?”

So that there may not be any intellectual extravaganza or any physical subjugation, human beings require proper training both physically and mentally. And this is what is called “education” – properly training the physical existence and also the psychic world. Because of the want of such a training in proper time, there remains no coordination, no adjustment between inner being and outer being. Sometimes people are very sincere in the vocal field but there remains not an iota of sincerity in the inner world, in the internal world. And this is what happens in the modern world. The existence of both individual and collective existence has become one-sided, that is, it has lost its balance. For this what we require most is a proper system of education.

Just to show their sincerity of purpose, just to show that they are developed human beings, sometimes people speak of disarmament. They say there should be a check, a control over the manufacturing of weapons, of deadly weapons. They say like this vocally. They express this idea vocally, but internally they remain ready for worse weapons or more deadly weapons, just to keep others under their servitude in the physical sphere. It is nothing but a very bad type of brutality. Once upon a time a certain person, a leader, said, “Keep the prospects of peace but keep your powder dry.” That is what happens today. We may say this physical longing, rather this physical wont, should be diverted towards psychic longings. But if it is diverted towards psychic longings by proper mundane education – that will not suffice. In that case there remains the fear of psychic subjugation. So the remedy lies elsewhere.

Yes, human beings should be goaded by human feelings – human sentiments, human ideas. No doubt it is good if human feelings serve as a moral check in this competition of weapons, but it is not the last word; human feelings cannot check the internal fighting, the type of infighting prevalent amongst human beings. For this purpose we should have a two-fold approach. For the purpose of training this turbulent mind, what is to be done? One is to get proper education, one is to be imparted with proper education – not general education – in the gospel of, in the idea of Neohumanism. This will help human beings in training the mind. And at the same time spiritual practice should go on for proper psychic remoulding. This is what we require most. There is no alternative.