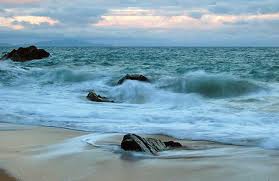 “Dogma is a belief that establishes a barrier in the human mind, a barrier beyond which thought cannot advance.”

In the 1420s, Portugal’s Prince Henry — credited by historians as being the founder of the Age of Discovery — began mobilizing nautical talent and resources to extend European awareness of the known world, an enterprise for which he became known as “Henry the Navigator”. The great wave of discovery by European explorers originates, more than anywhere else, from the determined and able efforts of Prince Henry.

Henry’s earliest objective was to explore down the African coast, beyond Cape Bojador. Bojador had long been the outer reach of southerly travel by European sailors, but not because it presented insurmountable navigational obstacles. While the cape does have difficult reefs and troublesome currents, these were no more challenging to European sailors than many other sea hazards they had faced.

Bojador was not an obstacle to travel because of physical barriers, but because of mental barriers. As Portuguese chronicler Gomes Eanes de Zurara pointed out, there existed “a widespread and ancient rumor about this Cape that no ship having once passed the Cape will ever be able to return. . . . Being satisfied of the peril, they left off the attempt.” Portuguese sailors felt threatened not by fear of the cape’s real dangers, but by its dark shadow in their minds.

Daniel Burstein, in The Discoverers, reports that, “Prince Henry sent out fifteen expeditions to round the inconsequential but threatening cape. Each returned with some excuse for not going where none had gone before: At the legendary cape the sea bounced with cascades of ominous red sands that crumbled from the overhanging cliffs, while shoals of sardines swimming in the shallows roiled the waters between whirlpools. There was no sign of life along the desert coast.” In the minds of Henry’s sailors, Bojador was the edge of the world.
When Henry’s boldest sailor, Gil Eannes, reported to him that Bojador was indeed impassable, Henry sent him out again, urging him on this time with promise of reward for passing the cape. On this trip, Eannes decided to venture westward, out to sea, to avoid the currents around the cape. When he then came back eastward to the African coast, he found that Bojador was already behind him. He also found that the land beyond the cape was different than he had expected, that it was but a quiet, sandy shore.

The barrier that lay in sailors’ minds had been broken, setting in motion a relentless advance of exploration of the African coast by Portuguese explorers.

P.R. Sarkar, the propounder of PROUT, defines dogma as a belief that establishes a barrier in the human mind, a barrier beyond which thought cannot advance. Under the influence of outmoded political and religious beliefs, and of chauvinistic social outlooks, many Cape Bojadors stifle the scope for the free expansion of human understanding. Humanity is in increasing need of an existence that goes beyond its present confines. But much of humanity is inhibited from changing its circumstances by letting go of dogmas that block their capacity to entertain progressive new ideas.

While dogmas may impede human progress, consciousness is inherently dynamic in nature; it cannot be kept static indefinitely. Our collective existence may move along for a time confined within a certain outlook or an accepted system of ideological premises. But when this outlook sufficiently blocks the progressive movement of consciousness and prevents the resolution of social problems, then a juncture occurs in which new awareness must emerge, gain acceptance, and take expression.

Humanity of today must face and overcome its barriers of belief. We must round the Cape Bojador of materialism and of the sentiments that divide humanity, and that separate humanity from nature. We must be freed to explore new realms.

Humanity’s emerging aspirations are stifled by the existing socioeconomic order. This dominant order has been created within the framework of a set of values that underlie the modern worldview. O.M. Markley, principle author of Changing Images of Man, identified six value premises that shaped the foundations of the modern world:

These complimentary, intermeshing premises shaped the dominant Western worldview, and this worldview, in turn, spawned the civilizational leviathan that now disrupts the balance of planetary life.

The Green movement calls the ideology of this leviathan “industrialism”. Industrialism is the “superideology” of modern civilization — conservatism, liberalism, social democracy, socialism and communism are but its variants. As summarized by Ian Adams, in Political Ideology Today, the society created by industrialism has the following characteristics:

• devotion to economic growth and industrial expansion
• the overriding importance of satisfying material wants
• large-scale centralized bureaucratic control
• scientific rationality as the only valid approach to reasoning
• large-scale units in industry and administration
• patriarchal values such as competition and aggression
• the belief that the natural world is to be exploited by humans
• hierarchical social structure
• concentration of wealth and power
• economic concerns predominating over moral, social, ecological and spiritual concerns

The ideology that has guided the Modern Era is increasingly out of synch with human aspirations. Its affects are increasingly destructive and confining to our emergent dreams. Humanity must, and will, break its barriers of belief and accept an alternative to the ideology of industrial materialism, one that resolves the roots of our global malaise and restores the balance of life.

In the future built of our new dreams, our new visions, lies rivers that run pure, men and women full in their self-expression, technology that treads lightly on the earth, an equitable sharing of earth’s bounty, a world unstained by war, a blending of ancient wisdom and modern science, delight in the beauty of our diversity, and the balance of spiritual and material development.

In this future lies the return of the butterflies, salmon, tigers, and of the great forests. In this future lies a society that moves in unity, like the sacred journey of a band of pilgrims. All this, and more than we can ever dream, standing as we are before the dawn of a new era.

PROUT seeks to open a well-illumined path through the darkness of the present to this new stage of human existence. PROUT offers a socioeconomic paradigm in which humanity’s expanding aspirations can take firm root in rich soil and flourish. It opens a cleared vista — without dogma-created impediments — to the expansive expression of human potentialities.
May the children of the coming era enter into the new dawn with hope, and may they go far in their life’s journey.

Other material on Dogma: