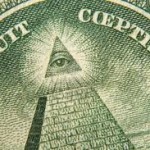 When Shrii Prabhat Rainjan Sarkar first introduced PROUT in 1959, he focused on the need for cultural recovery following colonial domination of India and the rest of the so-called Third World. In addition to political and economic exploitation, the cultural identity of colonized people had been harmed. He pointed out the need to reclaim local traditions, knowledge, memory and identity.

"Pseudo-culture means that which is fake, imposed, which does not uplift a people."

Sarkar explained how exploitation takes place in the intellectual sphere in three ways. First, in both developed and undeveloped countries, public education is neglected. Little money is allotted to public schools, and most elites send their children to expensive private schools. Because of lack of proper financing, public schools have difficulty attracting the most qualified people to teach, and to afford other curricular and extra- curricular programs that stimulate and enrich the lives of the students. This neglect causes academic standards to fall, teachers and students to lose their motivation, and rising levels of school dropouts.

Secondly, there is a lack of development of social and economic awareness, a factor which maintains the cycle of exploitation. The great Brazilian educator Paulo Freire condemned this lack of critical awareness:

Fundamentally I think that one of the things that is lacking in us in the learning experience, in both teachers and students, is an experience of critical reflection about our presence in the world. What is generally emphasized in most schools is the transfer of content, transferring information of biology, geography, history and mathematics that minimizes the importance of your presence in the world.[1]

Freire revolutionized the teaching of literacy through dialogue, recognizing and respecting the knowledge that poor people already have. He also helped them to question the reasons for their poverty in a process of “conscientization.”

A third type of psychic exploitation is imposed by encouraging fear and inferiority complexes in people in order to keep them passive. For example, the capitalist media promotes the idea that anyone can become rich. It can be logically inferred, therefore, by anyone who is not rich, that it is somehow their fault that they are not. Unemployed people often suffer depression, a low self-esteem, and sometimes a bitterness and anger at society which can tragically explode in violent acts of crime.

The dominant message in the educational system, the mass media and advertising is individualistic and competitive: “First get an education; then get a job; make as much money as you can; and buy as much as you can.” These institutions rarely convey a message of responsibility towards others in our human family. Many governments and private corporations advertise lotteries and gambling casinos to poor people, encouraging them to dream of getting rich. This selfish, materialistic attitude is expressed as, “I win, you lose,” or more correctly, “I win, and it doesn’t matter to me what happens to anyone else.” This individualistic outlook is destroying human relations, communities and the planet itself.

Collective life is characterized by a people’s culture and civilization. Sarkar defines culture as a variety of human expressions, including traditions, customs, art, language, dress and diet. In every community of the world, culture has matured naturally along with the development of the human intellect.

Civilization, on the other hand, pertains to the level of humanity and rationality present in a culture. Some traditional cultures have been plagued with superstitions, intolerance and violence. Other societies may represent a high degree of culture, but if they embody discrimination, exploitation or a sentiment of superiority, PROUT would consider them uncivilized.

PROUT’s universal outlook recognizes unity in human diversity. It accepts that human culture is essentially one, with many local variations that enhance the beauty of humanity. The fundamental tendencies of the human mind are the same everywhere, but they are expressed in various ways and proportions in different places. In order for true unity to develop, we must honor this diversity while recognizing our inherent humanity.

Throughout history, some cultures have tried to destroy others. In the past, imperialists used superior weapons to invade and conquer other lands. They told the defeated people, “Your culture is primitive; your religion is defective; your language is unsophisticated.” Colonialists used both violence and the imposition of an inferiority complex to break people’s will to resist.

When colonialism gradually collapsed during the twentieth century, capitalists developed clever techniques to continue their exploitation of the newly independent countries. One of their most powerful techniques has been to impose pseudo-culture.

Pseudo-culture means that which is fake, imposed, which does not uplift a people. Pseudo-culture refers to ideas and products that paralyze cultural identity and education the collective outlook of a people and prepare them for economic exploitation. They offer to make life more pleasurable than was the case under their own culture, but in fact they undermine the resolve of the people. The widespread dissemination of consumer culture, with its appeal to material pleasures, ultimately has a debilitating effect psychologically and spiritually. It also lowers the resistance of those who try to maintain their cultural heritage.

Many of the television programs broadcast around the world promote a U.S.-based materialistic pseudo-culture. The powerful impact that this has was demonstrated in a study done by Professor Maria Doronilla of the University of the Philippines. She interviewed several hundred Filipino elementary students at different schools. One question that she asked them was: What nationality would you like to be? The majority of the children answered American, while others wanted to be Japanese or European. Less than 15 percent wanted to be Filipino.[2]

Psychologically, this has a damaging effect on one’s personality. Advertisements portray a life that is seemingly more pleasurable than one’s real life. Such ads make people want to be rich and white–to enjoy the glamorous clothes, cars and houses that everyone in Hollywood TV shows and films seems to have. Most Filipino children see their parents struggling, living with much less income and fewer material goods, and so start to feel that they are backward and primitive. If children want to be someone else, it means they don’t want to be themselves. Even young children begin to develop a low self-image and inferiority complex because of pseudo-culture.

The corporate-owned mass media continually promotes the desire to get rich quick; it does not broadcast revolutionary music, theater or news. Pseudo-culture paralyzes people and breaks their will to resist exploitation.

In 1981, a cable television network was created in the United States for pop music. Called MTV, today it beams its programs to more than 250 million households in 71 countries. The owner is Sumner Redstone, who became one of the wealthiest people in the world, with assets of over US$8 billion.[3]  He is also the most influential “educator” in the world. However, his only message to hundreds of millions of young people on every continent is to consume. The global entertainment industry creates superstars who only ask their fans to enjoy themselves and continue buying. Parents and teachers have a hard time competing with this for the attention of their children.

Shortly before his death in 1997, I interviewed Paulo Freire. I asked him about cultural invasion, which he had first written about in his famous book, Pedagogy of the Oppressed. I pointed out that in the Philippines, India, Indonesia and the other countries of Southeast Asia where I had worked, it was clear that American pseudo-culture was being imposed on those ancient cultures by capitalists, so radical students and progressives were able to mobilize resistance against it. In Brazil, however, things are different. TV networks like “Globo,” the fourth-largest network in the world, owned by the family of Roberto Marinho, produce Brazilian- made pseudo-culture, so the average Brazilian does not perceive this as a refined form of capitalist domination. Freire replied, “Today domination through the economy and politics must necessarily take the form of very refined control or a cultural invasion. At times the invaded do not perceive that they are exploited! The development of our critical capacity is always very necessary, but also more and more difficult.”[4]

Pseudo-culture exerts a very negative and divisive influence, confusing people as to who the real enemy is and weakening the people’s will to unite and resist.

Other material on Exploitation: