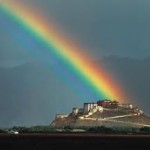 The essential link between neohumanism and economics is that neohumanism provides an ethical framework and value system within which all economic activity can be directly related to human welfare. The major schools of economic thought, whether capitalist or Marxist, are based upon materialist values and vested interests, which prevent them actuating the fullest possibilities of human welfare.

Neohumanism advances a new value system based on the principle of social equality, rather than self-interest, and gives a new perspective on the integration of theories of social and spiritual liberation. Under the influence of neohumanism, economics become a means of liberation from material problems rather than a tool of exploitation and enslavement.

The science of economics is over 200 years old and it first developed as a theoretical justification for capitalism. Its major branches have either explicitly supported or opposed capitalist values, exemplified by classical and neoclassical schools of economic thought and Marxism respectively. Smith, the father of modern economics, published “Wealth of Nations” in 1776 and argued that human conduct is actuated by six motives – self-love, sympathy, the desire to be free, sense of propriety, a habit of labour, and the propensity to barter and exchange one thing for another. Each person is the best judge of their own interests and should be left free to pursue their interests in their own way. If people are left to themselves they will not only attain their objectives, but they will also further the common good. This result is assured because providence has made society into a system in which the natural order prevails. The different natures of human conduct are so carefully balanced that the benefit of one does not conflict with the good of all. Thus Smith considered that in pursuing their own interests each individual was “led by an invisible hand to promote an end which was not part of their intention.” In this way the individual promoted the interests of society more effectively than if they had consciously set out to do so. In essence Smith believed that that public good arises out of acquisitiveness, individualism and self-interest. The work of Smith and later classical economists like Ricardo and Malthus provided the first theoretical foundation for capitalism, and the philosophical justification for policies like opposition to all forms of state intervention in business and commerce, support for colonialism and later imperialism and strong avocation for laissez-faire economics.

Marx was an economist in the classical tradition but he was also a revolutionary. While Smith and Ricardo were concerned with understanding the nature of capitalist production and modifying it so that it ran more efficiently, Marx saw capitalism as an unjust, exploitative social order that must be overthrown. Marx rejected the acquisitive, individualistic and exploitative aspects of classical economic theory and formulated a new theory of collectivism, which included working class interests. Marxism is a comprehensive system of thought that includes theories on philosophy, history, economics and politics and Marx’s own claim was that it was necessary, through the study of political economy, to discover the laws of social development and thus acquire a theoretical weapon to make political action more potent. Unlike Smith, Marx did not rely on perceptions of human nature as the basis of his theories but instead set out to analyse objective social forces.

Both classical economic theory and Marxism are materialist theories – while the former is based upon self-interest, profit and exploitation, the later is based on collectivism, poverty and suppression. Both branches, in an effort to remain relevant to contemporary social conditions, are projected as empirical, value-free and universal. But both suffer from major defects and distortions as they struggle to reconcile obsolete theories with modern social practice.

P.R. Sarkar gave a unique analysis of the defects of capitalism and communism based upon individual and collective psychic pabula. His analysis reflects the view that the essential characteristic of human life is progressive forward movement – expansion and development in all spheres of life – towards the supreme goal of infinite consciousness. Mind evolved out of matter and its natural tendency is to flow back towards matter. Where this flow is unchecked or encouraged, psychic degeneration occurs. Conversely, where the mind is canalized towards consciousness, sublime spiritual expressions emanate.

In both capitalism and communism the basic tendency of subtler human propensities is towards the acquisition and enjoyment of matter. In capitalism psychic pabula is unchecked – the mind has free reign to run after all kinds of pleasure. The very nature of capitalist society seduces, entices and cajoles the mind to appropriate and consume matter packaged in innumerable attractive forms. This leads to the deprivation of general people, making them victims of exploitation by vested interest. As a consequence they are deficient in the minimum essentialities of life, with little prospect of securing the purchasing capacity necessary to guarantee these essentialities. Vested interests feed on this injustice and social disorder results as society is polarized into the rich exploiters and the poor exploited. The disgruntled workers, those potentially capable of advancing an antithesis against capitalist exploitation, must develop tremendous psychic fortitude and undergo intense psycho-spiritual training to triumph over the dogged trend of materialism entrenched in the collective mind.

In communism, in the name of equal distribution, psychic pabula is suppressed. People are forced into professions they may not have an aptitude for and no interest in. This condition is enforces by oppressive state machinery, government agencies and secret police. Psychic pabula must never be suppressed because suppression leads to large-scale depression and its accompanying social diseases. It results in social doldrums and stagnancy and this takes two forms. Where social doldrums is caused through a leaking effect discontent ferments slowly. Where it is caused by a percolating effect encompassing every aspect of social life then society breaks down rapidly causing chaos and pandemonium.

The fundamental futility of Marxism is that when the mind is projected toward matter it is reflected and this reflection is more limited and crude than the original projection. Thus the process of mental interaction with matter crudifies the mind. But when mind is directed towards consciousness, consciousness absorbs the projection leading to intuitive development, expanding psychic pabula.

In both capitalism and communism psychic pabula degenerates causing the devolution of the human mind and social chaos. Both systems are defective argues Sarkar, as are the economic policies which support them. In his philosophy of neohumanism, Sarkar formulated a process for channelling psychic pabula towards consciousness instead of letting it degenerate towards matter.

According to neohumanist analysis, different groups adopt geosocialism, geopolitics, geo-economics or georeligion, all based on geosentiment, which not only confine people to the limitations of a particular country, but also alienate one particular community from another. And what is more harmful, different groups become violent towards each other, which is extremely dangerous for the progress of human civilization.

Sarkar further argues that human movement is inspired by two ideas – the principle of selfish pleasure and the principle of social equality. All modern political systems and economic theories embody the principle of selfish pleasure. Capitalism is clearly exploitative through its dictum of self-interest, profit and laissez-faire economics. Communism, while making a token gesture towards equal distribution, attempts to elevate the interests of the proletariat above the rest of society but only succeeds in establishing the hegemony of a new class of vested interests who rule through suppressing the rest of society. Both ideologies are based on the self-interest of individuals or small groups and are therefore incapable of advancing the welfare of the entire society.

Depending upon the degree of economic affluence, some countries are called developed, some developing and some undeveloped. However no so-called developed countries can stand on their own legs. They simply compel the developing and undeveloped countries to buy their produce by creating circumstantial pressure. But none of these countries have been developed by developing their own resources. In those countries which are developing their own resources, the resources are not equally distributed, so some country’s resources will become exhausted before others. And when this occurs some nations will have to use force – either physical or intellectual – against other nations to obtain their resources.

In an effort to meet the growing needs for agricultural development and land, large-scale deforestation and widespread destruction of the ecology has occurred. Many animal and plant species have become extinct and once plentiful rainforests have been decimated. The delicate balance between plant, animal and human life has been severely mutilated, disrupting the harmony of the planet and the species that live on it. Wherever economic exploitation occurs the interests of animals and plants are also neglected and exploited for economic goals.

All these problems arise because of a defective ideology and a defective social structure. But underlying this Sarkar concludes that the human mind is the source of the problem of defective economic theories and misguided ideologies. He suggests that to generate the individual and collective dynamism to overcome exploitation and launch a successful antithesis against dominant vested interests, a rationalistic mentality – or awakened consciousness – must be developed through study, analysis and discrimination. Those who have developed such a mentality will be able to establish a new ideology, which fully reflects the ideals of neohumanism.

The principle, which reflects this rational mentality, is the principle of social equality – the provision of the minimum requirements to all members of society through the rational distribution of all resources. This principle is diametrically opposite to the principle of selfish pleasure – the motivation for capitalist and communist economic theories. The inner spirit of the principle of social equality is the endeavour to collectively move towards the implementation of neohumanism by eradicating all inequalities and injustices. It is the ideal of forever promoting the welfare of all members of society through unity and cooperation. This in turn leads to greater human progress and a more just society.