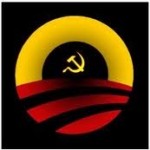 P.R. Sarkar
(1988, Kolkata) – The term “communism” is derived from the word commune which comprises the prefix co and the root mune. “Co” means “together” and “mune” means “to do something”, so “commune” means “to do something together”. Commune plus ism equals communism. The term “communism” is only applicable where the commune system exists. Those who follow the commune system are communists. In the commune system there is no relationship among people doing something together as everything is imposed from the top. Hence, the word “commune” as used by Karl Marx is improper and misleading.

Communism is based on crude materialistic philosophy. Its goal is to enjoy whatever you get, depriving others. There is no scope for preparing the mind in an intellectual flow towards the pinnacled entity. When the mind reaches the body of its object – when the mind takes the form of its object – whether the object is crude or subtle, the mind is powdered down. The natural tendency of the mind is to go downwards, but when the mind ideates on the subtlest entity it is slowly converted into spirit. A spiritual aspirant has to take his or her mind upward.

When the object is subtle the mind becomes subtle, and when the psychic structure becomes subtle the thinking power is developed and higher ideas are created. If one meditates on materialistic ideas the mind will become crude and materialistic. If the mind always meditates on the commune system, will it become subtle or crude? It will surely become crude because in the communist system there is want of humanity and want of morality. The very theory of communism makes the mind crude.

Communism is unable to provide the proper environment for the creation of a strong, solid psychic and intellectual structure. That is why moral stamina – moral sanctity – is lost in communist countries. Such a phenomenon took place in India just before the Buddhist Age because of the influence of Cárvaka philosophy. Cárvaka philosophy was a protest against Vedic “bogusism”, although it was materialistic in nature. During that period there was not even a pinch of morality – society had lost all its moral stamina. Today the same thing is happening and will continue to happen in communist countries. In communist countries there is no sanctity in moral life – society is devoid of moral principles.

In the name of this defective theory one of the leaders of the Soviet Union killed more than 500,000 people and sent many more to labour camps in Siberia. Among all the anti-human and homicidal theories that have been created in this world, communism is the most barbarous. The day has come for it to be thrown on the scrap heap forever.

Several days ago it was reported in the newspaper that in communist China one million illegitimate children are born each year. This proves that communism encourages immorality. If this immorality goes unabated it will eat away human society and cause doldrums in the social order. Eventually the entire social structure will be destroyed. We cannot tolerate such a philosophy. The very thought of this philosophy is nauseating.

Countries which have both laborious and intellectually developed citizens have never accepted communism. For example, Karl Marx was born in Germany but his theory was not accepted there. Similarly, England gave shelter to Marx but did not accept his theory. The cooperative movement first started in England and the spirit of cooperation is reflected in many aspects of British society; consequently, Marxism has not been able to get a foothold in Britain. Japan is surrounded by communist countries like the Soviet Union, North Korea and China but it did not accept communism. The citizens of these countries, as well as of some other countries, are both laborious and intellectually developed, hence they have rejected Marxism.

Previously in India some meritorious students accepted Marxism as the best theory out of a bad lot, but they did not embrace it as their ideology of life. Now the cream of the university students are not attracted towards Marxism because Marxism is the symbol of intellectual hollowness.

The philosophy of Gandhi died before India got independence – it died long before Gandhi died. But communism has survived long after the death of Marx. It survived only due to the force of arms and constant booming. If constant booming is done for something, then people start thinking that there must be some truth in what is being propagated. For example, if someone continually says that Gopal is a very bad boy, then people will eventually believe what they are being told. Gopal will become a bad boy in their eyes. Communists are doing constant booming about their theory. Due to this people are being brainwashed, and at this stage it is very easy to inject incorrect ideas into their minds. By constant booming of their wrong theory they are creating their supporters, but these cadres suffer from intellectual bankruptcy. When intellectual people ask them anything they fail to answer, and this causes them to revolt.

In communist countries the party leaders used all their strength and every possible approach – force of arms, terror and control over freedom of speech – to keep the people oppressed. But today the conscience of the party leaders has revolted against these methods. This was the reason why the student movement in China was not suppressed for a long time.

Communist countries are abandoning the defective commune system because it is causing suffering from food shortages. Communists are abandoning the commune system because this rotten system is adversely affecting the health of society. Communist leaders, who used to give so-called guidance to the people, have themselves abandoned the path of communism. It is clear that Marxism has failed theoretically, but now it has also failed in practice in those countries which follow Marxism. The sins which Marxism has committed have resulted in its annihilation.

Any theory, principle, idea or proposition must have a firm foundation to stand upon. This is a fundamental necessity. Everything in the physical or psychic spheres moves within the periphery of the three supreme relative factors – time, space and individuality. Theories or propositions are not exceptions to this rule.

Democracy is a sort of procrastinated progress – progress is not speedy or accelerated. In capitalist democracies votes can be purchased, thus poor people cannot fight elections. Can there be any adjustment between pseudo-capitalism and pseudo-communism as was tried by Euro-communism? Pseudo-communism was once tried by Adolf Hitler and Mussolini. Pseudo-communism means it seems to be communism but practically it is not. The national socialists of Europe included Mussolini in Italy, Hitler in Germany and Franco in Spain.

The proposition of communism has got no fundamental foot to stand upon. Its very base is oscillating. It is neither a theory, nor a principle, nor a proposition. Communism today may be termed “revisionism” or “pseudo-revisionism”. “Pseudo” is a Latin word of German origin. It does not mean “false”. It means “to some extent like the original but not exactly like the original”. Any policy of pseudo-revisionism is ultravires to the principle of the vital faculty – it is ultravires to the existential faculty. It is a counter-psychic motion and against the seed of a living sprout, therefore it can never be accepted. It is like the temporary glow of a flame – it only exists for a short period, then after its sad demise, it leaves behind no permanent mark in human history. This will be the fate of communism. It is a policy or proposition based on pseudo-revisionism. Such pseudo-revisionism is detrimental to the existential faculty, and that is why pseudo-revisionism should be discarded at the very primordial phase. Such a phenomenon has taken place in the world of intellectuality. Communism has died a premature death.

If any wrong theory continues for a long period, when the reaction against it finally starts the reaction will only last a short time and will be intensely destructive, like a hurricane. Today communism is burning in the fire of its own failure, and your work is to add some fuel to that fire.

All human society will have to undergo atonement for the sins committed by communism – not even the innocent will be spared. This dangerous theory has committed many atrocities against society, and it will continue to do so until it is finished in name as well as in theory. Although communism is dead in theory, it continues to exist in name. As this theory is extremely detrimental to human existence, you should ensure that it is eradicated in name as well as soon as possible.

From: PROUT in a Nutshell Volume 3 Part 15, Proutist Economics

One thought on “Defects of Communism”

Other material on Theory: