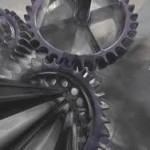 For decades the global trend has been towards the concentration of economic power into fewer and fewer hands. One estimate is that the current level of world inequality is equivalent to a situation where 66% of people have zero income, and 34% divide the entire income of the world among themselves equally!1 One high level study points out that while most of the world’s attention is currently focused on the GDP growth rates of China and India, the world’s wealth is heavily concentrated in North America, Europe and a handful of developed Pacific rim countries. With 2% of adults owning more than 50% of the world’s wealth.2

A study by the World Institute for Development Economics Research at the United Nations University reports that the richest 1% of adults alone owned 40% of global assets in the year 2000, and that the richest 10% of adults accounted for 85% of the world total. The bottom half of the world adult population owned 1% of global wealth. Another study found that the richest 2% own more than half of global household assets. The distribution has been changing rapidly in the direction of greater concentration of wealth. It means that in the world’s democracies there has long been a strong tendency toward a concentration of economic power in fewer hands irrespective of their social concerns.

PROUT advocates a decentralization of economic power through a well-defined system of:

The motivation behind economic enterprises will not be profit-earning but utilization. All economic activity is to be harnessed with utilization as their objective, not profit motivation. Profit is needed but not as a motive leading to the exploitation of consumers and undue capital formation.

a) Key industries are those industries whose products are used as raw materials for other industries or which act as the nervous system of the economic structure, i.e. steel, yarn, energy, means of communication, defence, etc.

These are to be managed by the immediate state government and will work on a no-profit, no-loss basis. The state will never behave as a commercial institution with profit motives.

b) Large-scale industries are those which need considerable capital, employ a significant number of workers, run by complex technical know-how, and are not small enough to be left to individual skill and endeavour. They will be controlled by cooperatives.

Such industries will have to follow broad rules of policy, i.e. percentage of profit, bonus policy, quantities of shares and dividend to be paid to each shareholder as stipulated by the Policy Planning Body. Normally the proportion of profit shared by labour and shareholders will be 40% and 60% respectively.

The lack of these essential factors has been the reason for the failure of the cooperative system in many countries. Under PROUT there will be no lack of any of these.

c) Small enterprises are those which depend on individual skills and are so small that they cannot be administered profitably in cooperation or are those which do not require a total capital beyond a certain limit to be stipulated by the Policy Planning Body, such as small convenience shops, stalls, grocery shops, restaurants, tailor shops, barber shops, service workshops and a wide range of similar small establishments and cottage industries like hand weaving, handicrafts, engineering goods manufacturing, etc. Steps will be taken to modernize and rationalize such ventures in order to ensure the maximum production of each unit.

Q. What is the structural setup of this industrial system?

Q. What will the structure and responsibility of the Policy Planning Body be?

The Policy Planning Body will consist of such persons of moral integrity who are experts in the technical know-how of the industrial and economic setup. The central Policy Planning Body may form its lower bodies for particular economic-administrative units. They will decide on and enact  the following points:

Q. What is the system of incentives according to PROUT?

PROUT provides incentives in all the following three spheres: spiritual, psychic and economic.

Q. Will the rationalization of industry be affected under a PROUT economy?

PROUT as progressive social thinking would never advocate the retracing of the path of technological progress and its application in an economic-industrial endeavour. Instead it advocates more and more technological advancement and greater rationalization in all sections of the economy so that human and physical resources are utilized to their maximum.

Q. Will it not lead to unemployment?

Rationalization based on profit-motivation leads to unemployment and exploitation. But rationalization based on the principle of utilization has a different role to play. Progressive utilization of human potentiality means this human potentiality’s expression in subtler spheres such as in metaphysical and spiritual spheres. The accomplishment of this rationalization will cause the reduction of working hours (but no reduction in employment potential) so that the surplus time saved by workers is utilized in subtler pursuits (intellectual and spiritual).

1 The Economist, 26. Apr., 2001.
2 As reported by a study published by the Helsinki-based World Institute for Development Economics Research (part of the United Nations University). Source: www.marketoracle.co.uk, 5. Dec, 2006.

Other material on Industry: